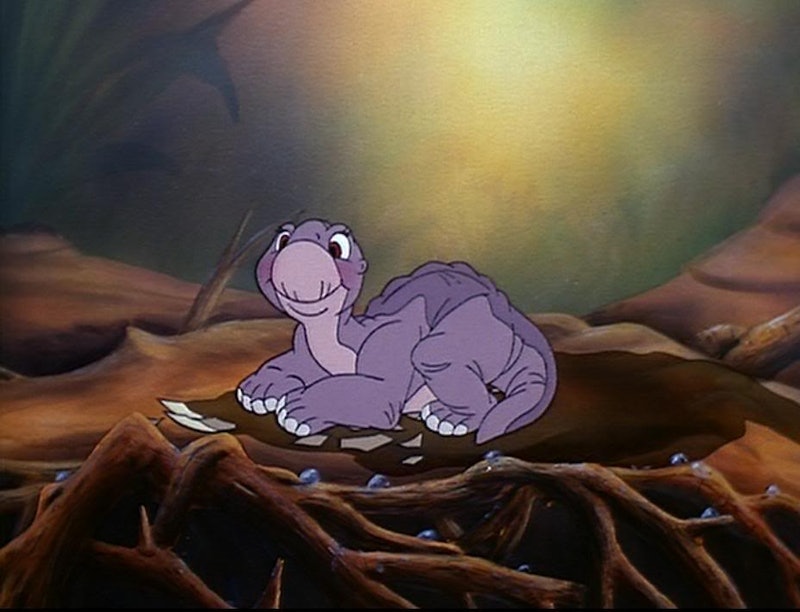 Growing up, I always just assumed that any cartoon or kid-friendly movie was a Disney movie. After all, most of my favorites were Disney — The Little Mermaid, Beauty and the Beast, Aladdin. Heck, even Muppet Treasure Island came from Disney. However, as I grew older I became aware that many of the films that shaped my childhood were, in fact, non-Disney. I was shocked, not gonna lie — the amount of uncontrollable sobbing I did when Littlefoot's mom died in The Land Before Time was so intense, surely it had to be Disney, right? Wrong. That prehistoric tearjerker comes to you via Universal Pictures, and so many other classic films from your childhood come from similarly non-Disney sources.

My favorite non-Disney childhood flicks took me to far-off place out west, into exotic rainforests, and to times well before my own. Sure, Disney tons of theme parks, merchandise, and ownership of roughly half of the film industry, but it doesn't have these 22 films that any kid who grew up in the '80s or '90s probably adored.

Here are the best non-Disney movies from your childhood that will give you ALL of the nostalgia:

I'M NOT CRYING, YOU'RE CRYING.

2. The Land Before Time

Not only did this movie teach me to be more eco-conscious, but also, HELLO PIPS. (Yes, that is the voice of total '90s babe, Christian Slater).

4. All Dogs Go To Heaven

This movie never made me want to get a dog, but it did always make me hungry for pizza.

That little patch of brown hair! THE CUTENESS! A PIG THAT THINKS IT'S A DOG! *dies*

Fievel Goes West is a close second to this one, but this song just gets me every time.

8. The Adventures of Milo And Otis

This movie was really ahead of its time, when you think about it — it's about literally everything the Internet loves, pugs and cats.

After you see Blackfish, this movie will make you want to cry even more.

I'm sure I snorted milk out of my nose the first time I saw this scene.

How there are not more rock 'n' roll-based chicken cartoons is beyond me.

This movie was all about Jean-Bob for me.

Who else was totally convinced that this movie was Disney? Because honestly, I'm still shocked its not.

No film will ever match up to the brilliance that was Space Jam. If anyone ever attempts to reboot this one, I will riot.

Show of hands: who was actually scared to play the game after this movie? Everyone? I thought so.

This film was making rodents lovable way before Ratatouille.

Most relatable family EVER.

YES, OF COURSE YOU CAN.

Now if you'll excuse me, I need to go clean up the river of tears I just cried.

More like this
Lindsay Lohan Just Recalled A Hilarious 'Parent Trap' Story
By Sam Ramsden
'The Holiday' Director Just Addressed *Those* Sequel Rumours
By Sam Ramsden
These ‘Love Actually’ Plotlines Are “Out Of Date,” According To Director Richard Curtis
By Grace Wehniainen
This Iconic ‘Love Actually’ Scene Drove Alan Rickman “Insane”
By Grace Wehniainen
Get Even More From Bustle — Sign Up For The Newsletter