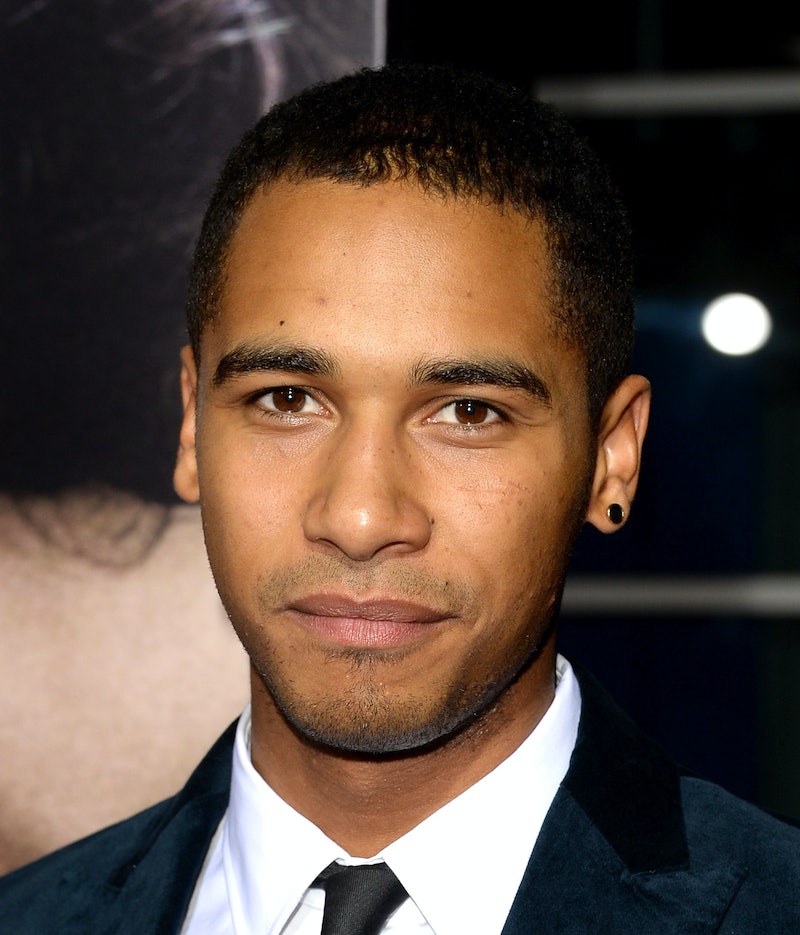 It's here! It's time to get properly excited for Once Upon A Time Season 5, not because it's just around the corner (we still have more than two months before the season premiere, unfortunately), but because casting for the new roles announced for this round of episodes is finally complete! Earlier this month, we got our King Arthur in Liam Garrigan. Now we've rounded out the crew and locked down Elliot Knight and Joana Metrass for the roles of Merlin and Guinevere, respectively. This final element, along with the knowledge that Season 5 officially started filming in Vancouver this past week, is enough of a reason to go full freak out mode over what's to come.

Admittedly, Knight and Metras are relative unknowns, particularly this side of the pond. Knight will be recognizable to fans of the short-lived SyFy series Sinbad or those with a watchful eye who caught his quick turn as Aiden Walker on ABC's How To Get Away With Murder. As for Metras, she's built a great career in her native Portugal, but Once will likely prove to be her breakout role in America — and it'll certainly be her first major one. In a way, the show's investment in bringing in newer talent is a welcome one, as it allows us to become invested in their fairy tale characters without any prior references with which we could bias us against them.

Of course, while we know who will be playing these characters, we're in the dark in terms of just how big of a role they'll play in the Big Happenings that will be the focus of much of Season 5. Merlin will likely get far more screen time, particularly since he's the big bad wizard our Storybrooke friends will be on the lookout for in order to beg his aid in banishing the Dark One for good. Given that he was the creator of the Dark One to begin with, he'll have a lot of explaining to do in terms of why he didn't banish that darkness altogether from the start if that's a power within his capabilities. But let's not get too far ahead of ourselves.

Guinevere and King Arthur are must-sees when it comes to Camelot, so it makes sense they'll play a part in whatever goes down there, but I wouldn't necessarily bank on their roles being major or ones that extend beyond the whole "Dark Swan" storyline — and that's fair enough. Plenty of legendary fairy tale characters have passed through Once quickly and served their purpose while there, and while it was certainly nice to see them pop up, we never really had the chance (or the desire) to get attached. There is one other small tidbit about Camelot — an actor named Andrew Jenkins has been cast as Percival, one of Arthur's loyal knights, so perhaps the Round Table will get a bit more attention than we think.

Whatever happens, it'll be coming soon. Season 5 premieres on September 27 on ABC, and I think it's safe to say it's going to be an interesting one.