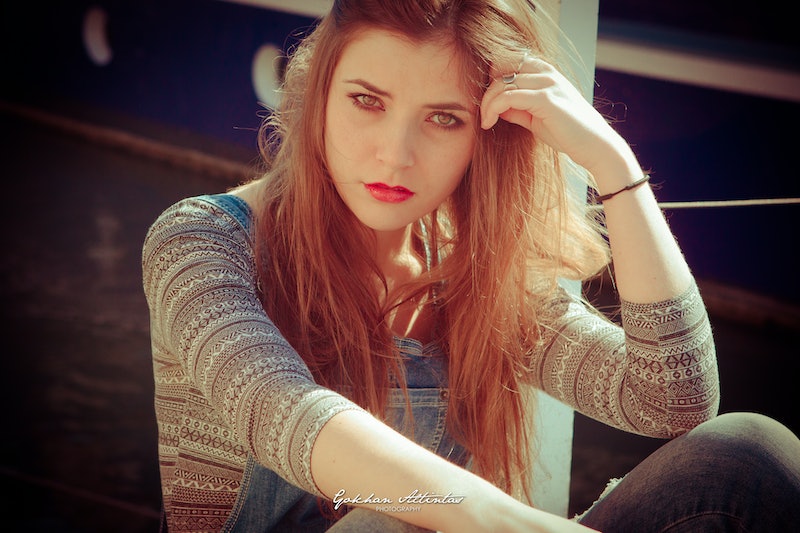 I haven't been to the hair dresser's for a cut in eight years; and before that, it had probably been at least four years since I'd visited a pro, which means I can literally count on my hand the number of times I've had a "proper" haircut in my entire 31 years on this earth. Since I don't have crazy long hair, split ends, or anything majorly requiring professional help, I've taken the scissors into my own hands over the years, and cutting your own hair doesn't have to have the negative stigma it sometimes carries. Stigma that's probably only a thing because of teen sitcoms, anyway.

There are lots of reasons people cut their own hair. Maybe you're actually a stylist yourself. Maybe you're just saving time and money. Maybe you've got a phobia of salons. My own reasons are pretty simple: I'm not usually going for a drastic style change (obviously I've gone to a professional for the big or difficult lock transformations), I'm more comfortable at home, and — oh yeah — there is that thing I have about letting other people do stuff for me. I'll admit I'm a slight control freak.

Moving right along, though. Despite the varied reasons you might have for taking the scissors to your own head of hair, there are a few things that all of us who do so most likely understand. Let's see if you can relate:

1. The First Time Is Seriously Scary

So many things could go wrong. Or at least that's how you feel. Back and forth you go building up the courage as you look in the mirror and even practice the exact motion you'll do with the scissors. But practicing on the air won't do any good, so you finally take the plunge! Even if it is just a tiny bit at a time, you realize that it's not that bad after all.

2. But Your Newfound Skill Is Priceless

I mean, literally. There's no money involved here, which makes you feel like a million bucks, because — voila! — you've got the look you wanted for free! You wonder why you were ever even worried in the first place, because somewhere inside, you knew you had it in you. The confidence you feel following through proves it.

3. Because The Hair Stylist Never Listens

OK, I know that's not totally true. But oftentimes, it is. You ask for just a trim, but you leave with several inches gone. Sure, they're more knowledgable about how long those split ends are, but you don't actually mind the split ends that much. In the end, doing it yourself will ensure that you'll still have the length you really want.

I mean, you live with it every day. You understand what'll it look like after you give it a wash; what happens if you treat it this way or that. You know where that one kink is. Or the best length and style of bangs for your face. You've built up favorite ways of doing things that just work for you. No need to explain it to anyone.

5. Plus, You'd Rather Take The Blame If You Mess Up

You've gotten to a point where you're OK with owning your own mistakes. At least this way you can actually learn something from the mess-up. Chances are you'll forgive yourself a little easier than you would a professional. And who really likes awkward situations?

6. And Trial And Error Has Made You A Pro

Well, sort of. At least when it comes to your own hair and maybe that of your friends — if they're cool with letting you have at it. You've picked up on little tricks just by figuring it out your own way, and that makes you feel good. Granted, sometimes you had to find out the hard way. No matter. Your little touch-ups in the bathroom are quick and easy these days.

You wouldn't be cutting your own hair if you didn't have this carefree philosophy anyway. You rock a great messy look. And most likely people can't even tell that you do it yourself, because your confidence helps you pull it off with ease. The way you see it, even if it is pretty bad every now and then (hands aren't always steady, are they?) everyone needs to have some silly photos out there — it's all a part of the human experience.