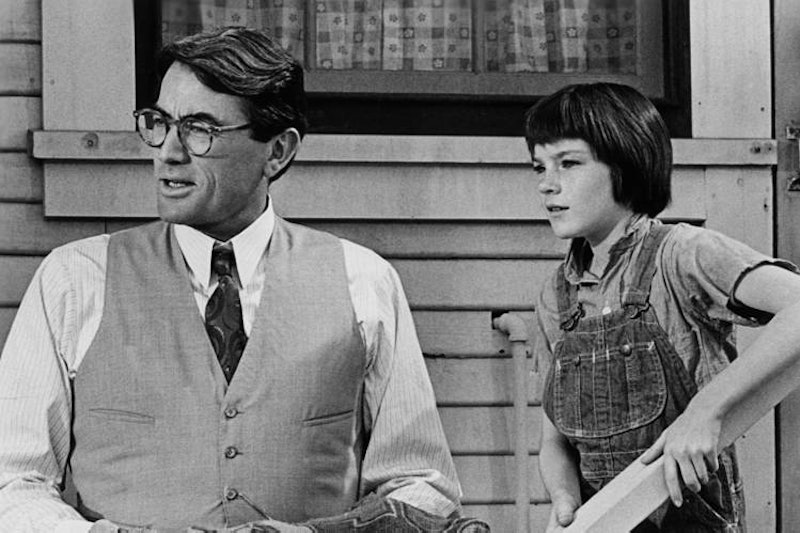 Go Set a Watchman hasn't even been released yet, but fans of its predecessor (and kind of prequel) are already up in arms about it. With new reviews revealing that Watchman shows a darker side of Atticus Finch, one of American literature's most beloved characters, readers are buzzing over whether Atticus is a racist and what Lee's book will mean for his legacy.

Although Watchman is due out on Tuesday, July 14 and To Kill a Mockingbird was published in 1960, Watchman was actually written first. After Lee submitted her original manuscript, her publisher asked her to refocus the novel on an earlier period of Jean Louise's (aka Scout's) life that had been included in flashback scenes. She did so, and in the process, she transformed a man that a New York Times review called an "aging racist" into one that has long been seen as a proponent of justice and tolerance.

So, how exactly are people responding to this jarring change? Well, mostly fans are angry and saddened by the news, and they're handling these emotions in different ways. Some don't even want to read the book:

Others are angry that Watchman is even being published:

Many are busy mourning:

While still others think that everyone else needs to get over it:

With all the people weighing in, it's unfortunate that the person we'd really like to hear from probably won't. Harper Lee is notoriously media-shy, so I don't imagine she'll answer many of our burning questions.

More like this
At 14, Jenny Han Wrote Rom-Coms About Her Friends & Fan Mail To Leo DiCaprio
By Alyssa Lapid
10 Must-Read New Books Out This Week
By K.W. Colyard
Sparks Fly Fast & Furious In 'Honey & Spice'
By Bolu Babalola
Aesop's Queer Library Is Open
By Tomi Otekunrin
Get Even More From Bustle — Sign Up For The Newsletter