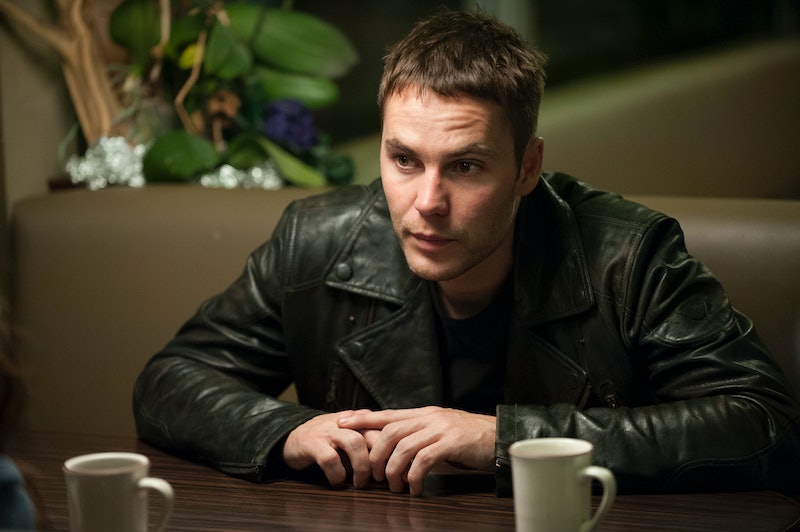 Paul is facing some pretty deep struggles with his identity on True Detective Season 2, and recent events haven't made anything any better. On Sunday night's episode "Down Will Come," Paul wakes up at his Black Mountain buddy Miguel's house after spending the night with him, and later that night he discovers that his ex-girlfriend Emily is pregnant. So what does Paul do? He proposes to Emily, telling her he has now realized he is in love with her. I think it's safe to say at this point that Paul is struggling with his sexual identity. He seems to have feelings for Miguel but can't find the strength to let go all the time and be with him. Instead, he takes the news of Emily's pregnancy as a way to continue to hide his confusion and inner conflict. He even tells Emily that this is the best possible thing that could happen to him right now. Obviously whatever happened with Miguel pushed him so much that he has now closed himself off from his true identity even further.

Miguel says to Paul when Paul realizes where he is in the morning, Paul finally was able to let go and be who he is with Miguel. But when Paul realizes what that means, he leaves and even screams out his frustration. What is it about caring for Miguel and being his true self that makes Paul so upset? I think there's a part of him that is afraid to be truly happy. Perhaps his mother (whom we'll see in the next episode) ingrained a hate in his head that he can't shake, or maybe he is worried what people will think of him.

It's truly sad to see Paul struggle so much in this way, especially if his secret comes out to Emily before Paul is ready to tell her the truth. She already can tell that he has intimacy issues, it's the reason they break up in the first place. But right now, Paul is doing everything he can to show Emily that he loves her and will be there for her. And perhaps Paul is hoping that if he has a family, he'll be able to ignore or quell his true emotions. Instead I think that this double life will continue to eat him up inside and anything can happen when a person is torn too much.