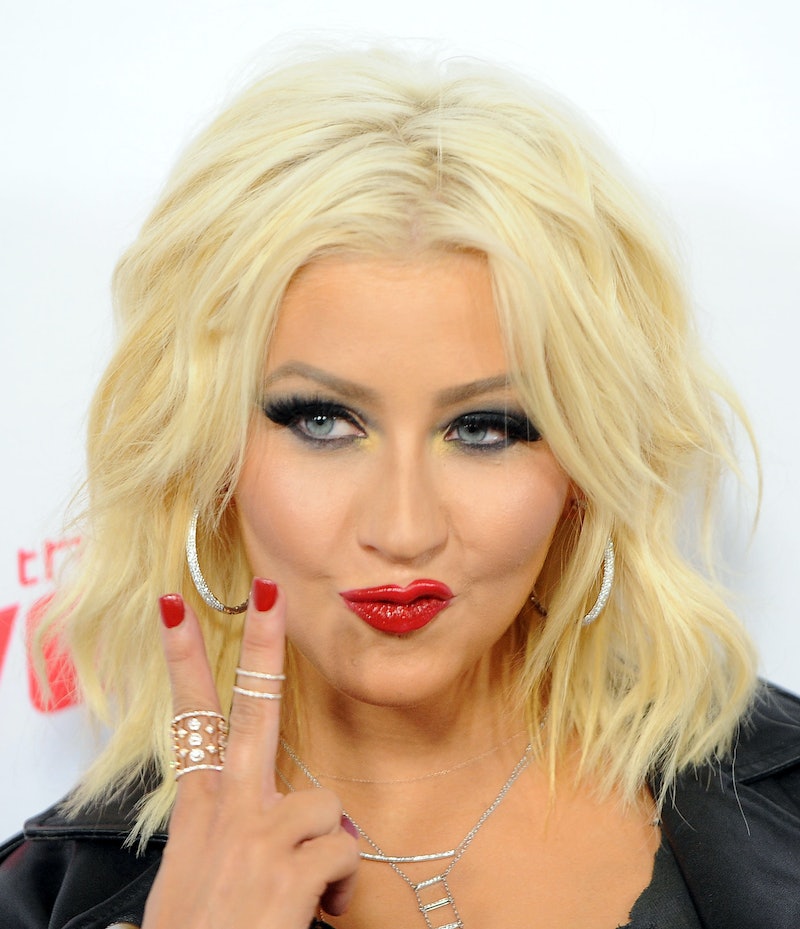 Christina Aguilera is a woman of many talents, but one of them definitely goes under appreciated: Her sense of humor. Over the past few years, she has showed off her funnier side here and there while acting as a judge on The Voice, but she's actually a lot more hilarious than you might think. She's quippy, she's smart, and her impressions are so uncanny they'd give Joey Gladstone from Full House a run for his money. Need proof? There are actually tons of times where Aguilera's funny interviews are enough to make everyone laugh — audience and hosts included.

Whether she's chatting with Ellen DeGeneres, doing press for movies, or joking around with Seth Myers, Aguilera never fails to bring out her best jokes. And actually, if this singing thing doesn't work out (ha), Aguilera might actually have a successful career in comedy. Even though I suspect she's pretty funny in her regular life (especially when she's hanging out with her kids, Max and Summer), she's definitely at her best when she's doing interviews, and there are tons of hilarious examples of this.

These are some of Aguilera's funniest interview moments. Warning: If you decide to venture off into the internet to track down more of these, you're definitely going to fall down a rabbit hole of watching every interview she's ever done.

1. When She Impersonated Samantha Jones From Sex and The City

She reprised her SNL role for Myers since it was that good, and she's actually amazing at doing the Samantha voice. Can we please have her reenact the entire Sex and The City movie?

2. Talking About Her Son On Ellen DeGeneres

Aguilera was hilarious when she told DeGeneres about her son, Max, thinking that every woman who can sing is his mom — like the time he thought Alicia Keys was his mom because she can hit all the right notes.

3. When She Did A Ton Of Different Impressions

While playing Wheel of Musical Impressions on The Tonight Show with Jimmy Fallon, she absolutely killed it... especially as Cher singing the Folger's theme song.

4. When She Mocked Her Co-Stars From The Voice

By now, you probably already get that impressions are kind of Aguilera's thing, and she does awesome ones of Adam Levine, Blake Shelton, and Cee Lo. Spot on, especially since she spends so much time with them.

While playing this game on The Ellen Show, Aguilera proved she can be funny even when she's not supposed to be talking — a true skill. Also, how precious is Adam Levine?

In this throwback interview from the early days of Aguilera's career, she pulls a rhinestone off her stomach and puts it on Shaq's face. He clearly enjoys it.

7. When She Admitted Motherhood Brings A Lot Of Surprises

You know, like your kid throwing himself back without a warning.

Now that Aguilera's no longer going to be judging on The Voice, she needs a new project. It's clear she needs her own talk show. Who's with me?