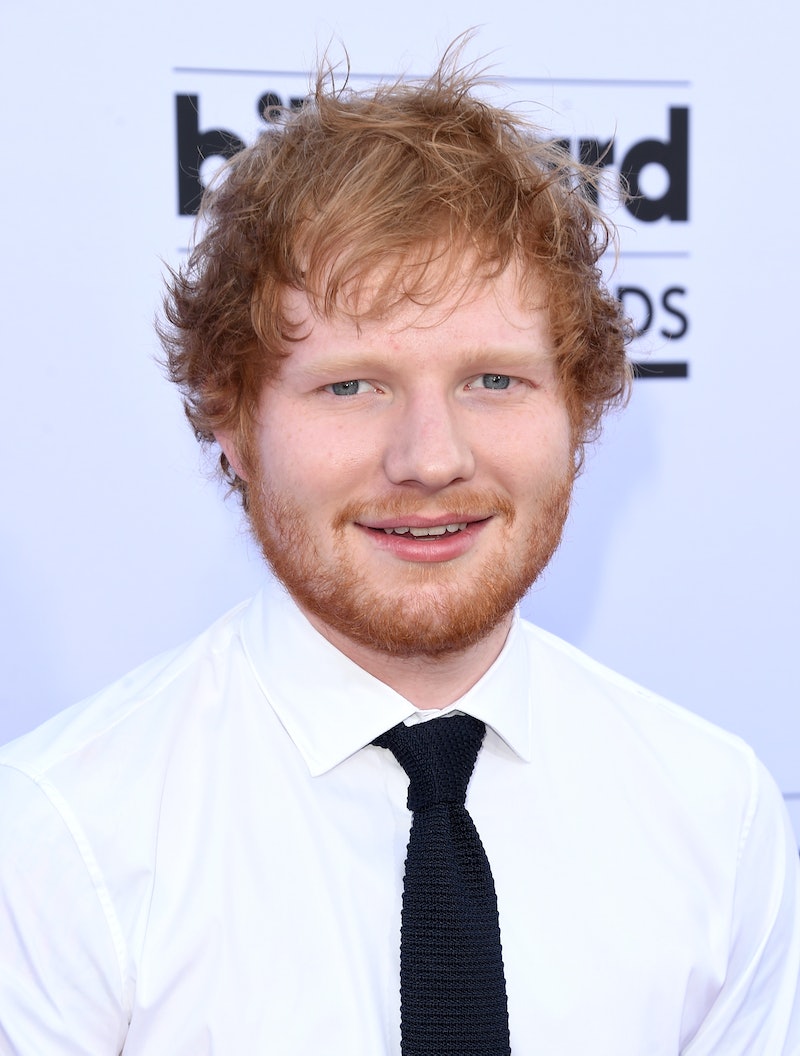 Good news, pop music fans: In a recent interview with U.K. radio station Capital FM, singer-songwriter Ed Sheeran revealed he has friends who have heard Adele's new album — and they've led him to believe that it's "really good." How exciting! Thankfully, it sounds as though Adele's next project — the follow-up to her 2011 Grammy Award–winning opus, 21 — is going to be well worth the wait. Speaking of Ed Sheeran and Adele... why haven't we heard an Ed Sheeran/Adele duet yet? Seriously, does anybody know? If you ask me, those two need to hit the studio together ASAP. I think they could be a musical match made in heaven!

Well, because Sheeran and Adele are both incredibly talented musicians — and because they both have a proven track record of commercial and critical success. They'd be an unstoppable force! Can you even imagine what would happen if they released a song together tomorrow? It would sell millions upon millions of copies worldwide. It would top every chart there is to top! Heck, it would probably win a few Grammys, too. This seems like a no-brainer to me: Sheeran and Adele have to team up — and soon.

Here are a few more specific reasons why this epic collaboration needs to happen (just in case you're not already convinced):

They're Both Great Songwriters

They're Both Great Vocalists

They Both Know Their Way Around An Emotional Ballad

I think my work here is done.

More like this
How To Listen To The 'Love Island' 2022 Soundtrack
By Liv Facey and Sophie McEvoy
Olivia Rodrigo’s Song Dedication To 5 SCOTUS Justices Sent A Strong Message
By Grace Wehniainen
Will Beyoncé Be At The BET Awards To Perform “Break My Soul” Or Attend The Show?
By Jake Viswanath
Lily Allen Was “Quite Emosh” After Performing Sober At Glastonbury Festival
By Stephanie Topacio Long
Get Even More From Bustle — Sign Up For The Newsletter