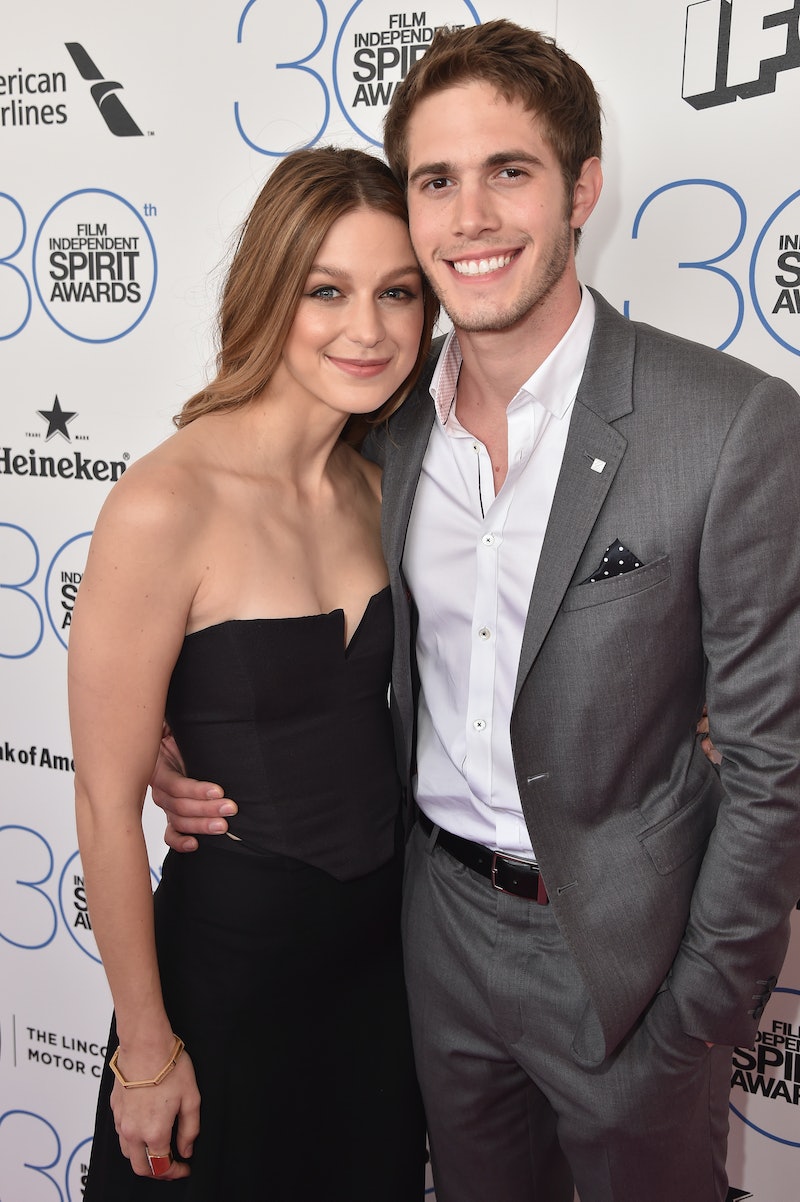 Ready for a story that will make your heart sing? According to a July 13 report from E! News, Glee alums, Melissa Benoist and Blake Jenner, are married. The Glee costars had reportedly gotten engaged in 2013, but the actual nuptials took place this past Spring, proving that these two are highly skilled when it comes to keeping a secret. Speculation that the two had already tied the knot occurred when Benoist was seen sporting a wedding band while promoting her upcoming CBS show, Supergirl, at Comic Con 2015 in San Diego. Benoist has kept mum on social media about the secret wedding and speculation over the weekend, but she did have a few cute pics to share during her time promoting Supergirl. The actress took to Instagram on July 12 to share an adorable photo of herself at Comic Con with two young fans in Supergirl costumes, captioning the snap: "just hanging out with some heroes." Although Benoist has been decidedly tight-lipped about her new (or, relatively new) marital status, her adorable relationship with Jenner has become a prominent fixture on her Instagram, with pictures of the two cuddling, making silly faces, and one particularly epic photo of the pair getting their eskimo-kiss on in a snap that Benoist delightfully captioned: "...and nose smooshing @blakedaflake."

According to a July 13 report from Us Weekly, a source described Benoist and Jenner's wedding as, "very small with their families there." Sparks flew quickly for the couple on-screen and off, when they were both cast on Glee in 2012 Marley and Ryder, two characters that quickly became a popular couple among fans. The two became engaged after a year of dating. Congratulations to the happy couple!