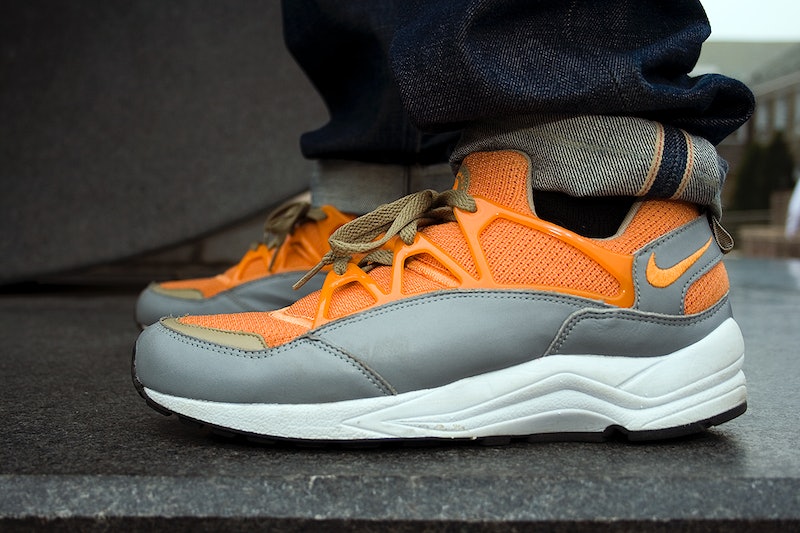 In the interest of staying up-to-date with popular culture, I often encourage myself to learn new, hip words that are being used by the cooler members of society so that I can pretend like I fit in. This week, I stumbled upon the word "hypebeast," which left me asking the same question I'm sure many of you are curious about, as well: What is a hypebeast, exactly? I did a little digging to get to the bottom of the slang term; here's what I found out.

First, let's turn to Urban Dictionary for some original definitions. A hypebeast or hype beast may be defined as follows:

There seem to be some conflicting definitions about the nuances of "hypebeast." Most people agree that a hypebeast is particularly interested in doing what's in vogue in order to impress other people, like buying cool, new shoes, snapbacks, or sweatshirts. Some people argue that a hypebeast usually uses other people's money, typically belonging to their parents, older siblings, and so on; otherwise, meanwhile, claim that a hypebeast has an abundance of cash flow of their own that allows them to purchase such luxuries. It seems that poplar brands worn by hypebeasts include Stussy, Crooks and Castles, Supreme, Huf, Vans, and Alife.

So what does the hypebeast life look like? The Instagram account @hypebeast gives us some insight into the hypebeast lifestyle and aesthetic. According to the images featured on the page, a lot of hypebeast fashion is white or black with pops of bright colors like red, teal, or orange. Hypebeasts, it seems, are also into chic cars, guns, and gadgets.

Music videos also give us a window into the world of the hypebeast. Trinidad James' music video "HYPE BEAST$," for example, carefully documents the trend; here are five things it teaches us about hypebeasts:

1. They trust no one, but they do trust their shoes.

James claims that the only woman who has never lied to him was his "True Blue 3s" — a pair of Air Jordans. Definitely a sign of having trust issues.

2. They value and admire urban art.

James can be seen tagging a dollar sign on some concrete blocks in the city.

3. Did I mention they love their shoes?

But, like, seriously — this whole music video is just a big name-dropping party for shoes.

The rapper talks about how his outfits must always match: Shoes, jackets, hats... they all have to fit into the aesthetic of the ensemble.

James boasts that "price doesn't matter" because he just got his taxes back.

The most important thing to understand about a hypebeast is this: Although people criticize them for only doing things to impress other people, the hypebeast lifestyle makes them happy and, hey, that's all that matters.

Watch the full video for "HYPE BEAST$" below: