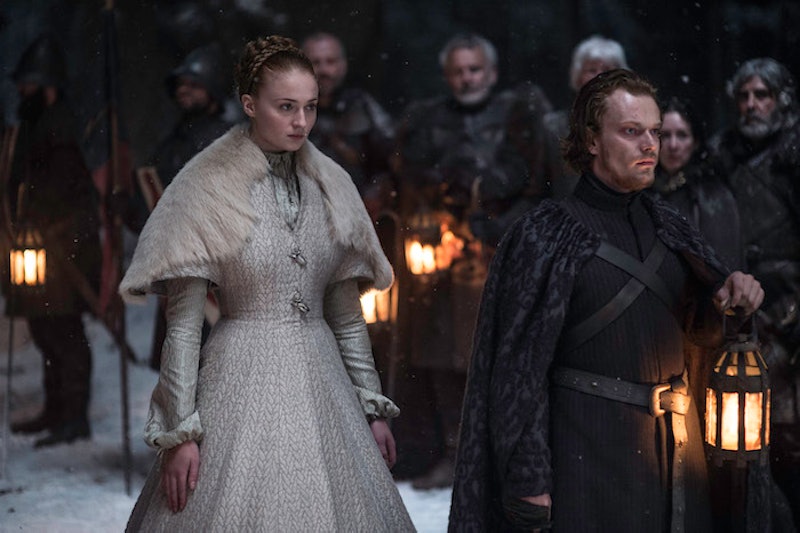 If you thought the television series Game of Thrones had a lot of characters, you should read the books. While the series has done its best to incorporate many of the books’ characters throughout its five seasons, there are some Game of Thrones book characters we haven't met, but are major players. Some have been cut entirely, and others have been modified or blended with similar roles. Fans of the book series have been hanging on every nuance of these changes and piecing together clues from the omitted and forgotten characters. If someone didn’t make it to the small screen, chances are they don’t lend a key hand at crowning the next king (or queen!) of Westeros.

So, not every prostitute, bread maker, beggar, and background extra from the books are going to make the cut. But, some of the uncast actors have caused quite a stir with Game of Thrones book fans. When turning thousands of pages of words into hours of action-packed television, we know some things are going to fall through the cracks. But, here are some of the most surprising Game of Thrones characters that have not journeyed off the page and onto your television screen … or laptop.

It may be surprising for GoT TV fans to learn that Sansa never married Ramsay Bolton in the book series. Arya did. Well, not really. Jeyne Poole, who was posing as Arya, was married off to Ramsay. There are a lot of rumors online as to why this change was made and how far off path it brings Sansa from her character in the book. This was one of the big ways season five diverged from the book series.

Contrary, to what you have seen in the latest season of GoT, Tyrion was not kidnapped by Jorah Mormont. He journeys to Meereen and meets many characters along the way. In fact, the journey is so long, that in the book series he has not made it to Daenerys yet. Perhaps his most important discovery on the way to Meereen is that the travelers he encounters, Old Griff and Young Griff, are actually Jon Connington and Aegon Targaryen. Yeah, like Rhaegar’s son. But, with this plot missing from the series, how important can he be?

Penny is a young female dwarf and entertainer who performed at Joffrey’s wedding, to Tyrion’s embarrassment. In the books, she also befriends Tyrion on his journey to Meereen. Some readers theorized that Penny may be Tyrion’s daughter, which is a little creepy considering she has a crush on him — though their relationship is non-sexual.

Here is a case of a character whose duties were thrust upon a different guy in the series. Instead of seeing Vargo Hoat on screen, Locke fulfills the duty of removing Jaime Lannister’s hand.

After her brother Oberyn’s death, it is Arianne that plots revenge using Myrcella in the books — not Ellaria Sand. And, it is Darkstar she gets to do her bidding. [Spoilers] Though his attempt at killing the princess is unsuccessful. Maybe there is hope for Myrcella next season? But, this wouldn't be the first time the show offed a character who survived in the books.

As the show departs further from Martin's source material, more characters might get cut or added to the TV version. But, I think every fan can say that the show does a pretty good job of bringing the books to life — even if we've lost a few characters along the way.