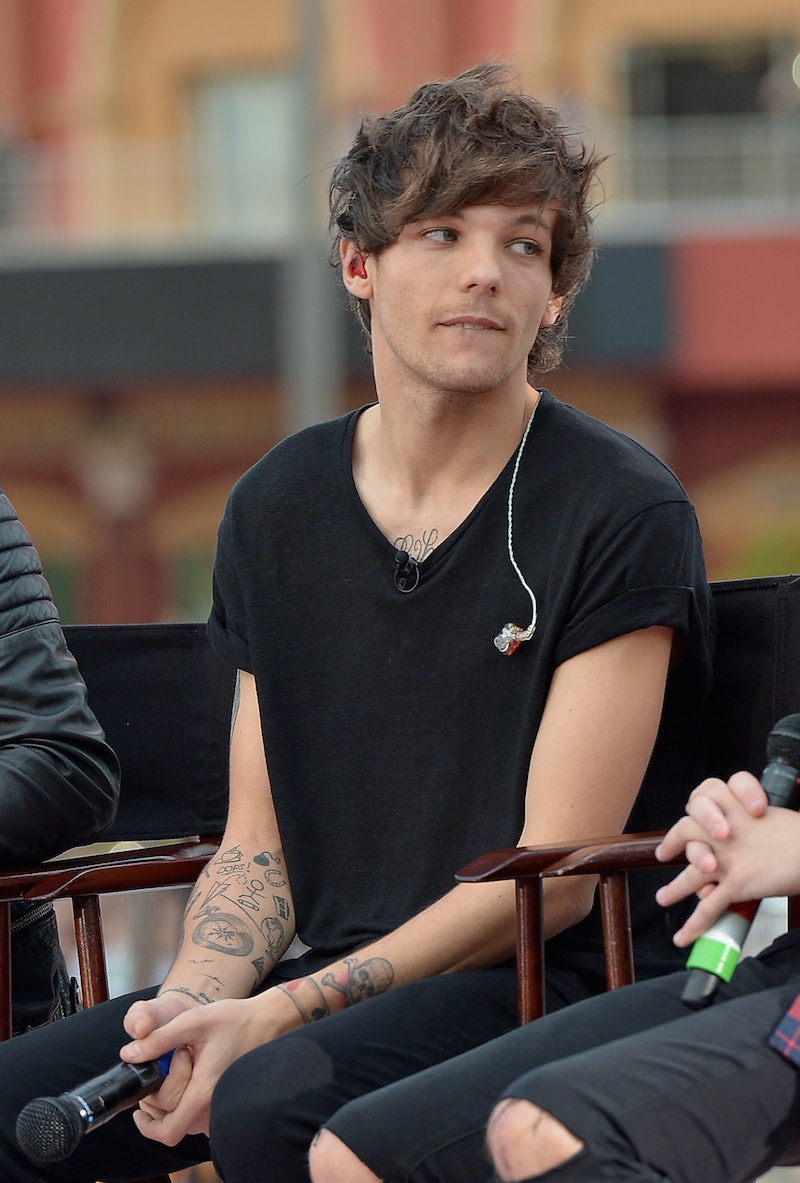 It's been a year full of surprised for One Direction. After a series of shocks that've included Zayn's departure and Harry's (unintentional) contributions to a certain pop star's bestselling album, another unexpected announcement from the band has come fans' way: 1D's Louis Tomlinson is expecting a baby. According to People, the 23-year-old singer and stylist Briana Jungwirth will have their child early next year, and while the news was a surprise, Louis is "very excited" about the arrival. It's certainly a huge shock for fans, especially since the soon-to-be-parents weren't even connected until May. So who is Briana Jungwirth, the mother of Tomlinson's future child?

According to People, Jungwirth, also 23, is a stylist based in Los Angeles, and is a "close friend" of Tomlinson, despite never having even been to a One Direction concert until recently. They were first spotted together going on dates this past May after being introduced by mutual friends, just two months after Tomlinson split from his longtime girlfriend, Eleanor Calder. The two are reportedly not in a relationship, however, but solely good friends who've spent time together in recent months, including meeting each other's parents over the July 4 weekend. People reports that the pregnancy news "brought them even closer," and that "they care about each other very much."

Little else is known about Jungwirth, but it's clear that the fashion-loving woman feels strongly about Tomlinson. While she's yet to make a public statement about the pregnancy news (Bustle reached out to Tomlinson's reps for comment, but did not hear back at the time of publication), past posts on a Twitter account presumed to be hers have included photos of Tomlinson and his fellow One Direction members, as well as re-tweets of 1D-related news. It's also reported that Tomlinson is looking to buy property near her home in Los Angeles, in order to be closer to his new family.

As Jungwirth's pregnancy continues, fans will surely hear more about the stylist's connection to Tomlinson — and, perhaps most pressingly, what his 1D bandmates think of the big announcement. Congratulations to Tomlinson and Jungwirth on their happy news!