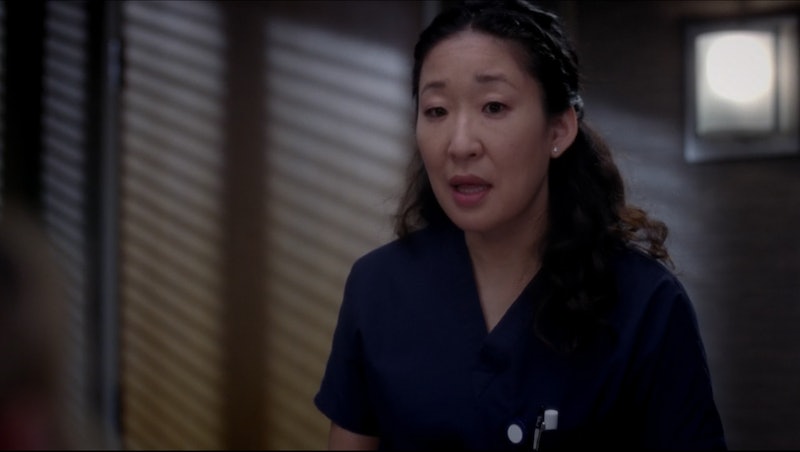 Reproductive justice is a major point of contention in the upcoming presidential election, but it really shouldn't be. A woman should be able to make personal decisions about birth control, abortion, and other personal matters without any external interference. (And, oh yeah, it's also the law, as much as anti-choice advocates want to forget Roe v. Wade ever happened.) But of course, there will always be people who argue against a woman's right to choose what she can and cannot do with her own body, so feminists should always make sure to be equipped with responses to classic arguments against abortion.

As with most things, abortion is not a black-and-white issue. There are important and insightful narratives that support arguments both for and against abortion, and I want to be careful not to speak over women who have had personal experiences with it. But at the same time, they are personal experiences, which means that at the end of the day, it comes down to a woman's choice and nothing more. While this statement alone should be sufficient as a rebuttal to most arguments against abortion, it doesn't always seem to get through, so here is a collection of the most common arguments against abortion and how feminists might want to respond to them.

Well, I wouldn't have known it, would I? This one makes about as much sense as saying that an aborted fetus could have been the next Gandhi or Galileo — it could have just as easily been the next Hitler. It doesn't make sense for us to hypothesize on what would have happened if I or you or any other person hadn't been born. Besides, any number of factors, besides abortion, could have prevented us from being born. Something as simple as your parents moving to a different neighborhood, or maybe staying up late to watch TV instead of conceiving you, would have meant that you would not be sitting there and reading this. None of our existences are inevitable.

Another thing to consider is that many women have an abortion because they don't feel like the time they are pregnant is the best possible time for them to have a child. We must trust in a woman's ability to choose what is best for her and the child she may or may not be equipped to have. If she thinks that bringing a child into the world at the time would be unhealthy both for her and the child — perhaps she doesn't have the resources to provide for a child, or the pregnancy was unplanned — then we have to trust that she can make that decision on her own. But I know there are people who will use a woman's agency against her, which brings me to:

2. "Women know what they're doing when they become pregnant."

This argument is nonsensical. A woman might become pregnant as a result of rape, for example. Or her chosen method of birth control might have failed her one time. But whether a pregnancy is a result of irresponsibility or the aftermath of complete caution, a woman could still end up with an unplanned — and unwanted — pregnancy, and a newborn shouldn't have to deal with the repercussions of that. Additionally, it would be great if we had a comprehensive sex education program available nationwide that taught everyone about affirmative consent and how to get access to birth control, but we don't yet, and this systemwide lack of education is a significant contributing factor in unplanned pregnancy.

3. "Adoption is always an option; abortion is not the answer to unplanned pregnancy."

So maybe you've convinced someone that unplanned pregnancies happen, and that they can be the result of a variety of things. But they might still push back on your pro-choice arguments by bringing up adoption. Here's the thing: Adoption is definitely an option, but it's not the "easy out" that a lot of pro-lifers tend to describe. Adoption has emotional and legal consequences. If a woman is forced to give birth despite potentially drastic consequences for her health and then give that baby up, it often takes an emotional toll.

Framing adoption as the safe, easy option while framing abortion as a scary, terrible decision is not accurate, as feminist writer Katha Pollitt explained in a 2014 Cosmopolitan interview. "Women who give up their children for adoption are years and years later talking about how painful it was, much more than women who have abortions," she said. Besides, being pro-choice literally means being pro-giving a woman the right to choose, so she should be free to choose either option. An option that might be great for one person might be terrible for another, and it's not up to us to decide what's best for everyone else.

4. "It's a human being from conception to birth, so abortion is murder."

Many politicians believe that abortion should only be legal in cases of rape, incest, or threats to the mother's health. Think about that for a minute: So, a fetus or fertilized egg is not a human being in these three cases, but it is a human being in any other case? That doesn't make any sense, and still does not take into consideration the consequences a child might have to face as the result of being brought into a world that might not provide them with the resources they need.

Abortion cannot be compared to murder. We cannot compare the removal of a certain number of cells from a woman's body with taking away another human being's life. We should also be careful not to fall into paradoxical arguments like "What if the fetus is just a few cells short of being a newborn? Is it murder then?" because that argument fails to capture nuance and continues to negate a woman's ability to choose what is best for her.

5. "Because of my religion, I cannot condone abortion."

I know this one can be tricky. People's beliefs are their beliefs and there's nothing you can do — right? Actually, no. Their beliefs, ideally, should only apply to themselves. Someone might be opposed to abortion on the basis of their religion, and that's ultimately their call, but they cannot impose that belief on other folks. This applies to marriage equality and so many other things, too. Just because abortion is legal somewhere does not mean that they are being forced to have an abortion themselves, and in that vein, they can't force other people not to.

Abortion is not an easy thing to talk about, and for many people, it holds a great deal of emotional weight. Because this is not my lived experience, I do not claim to speak for anyone, but as someone who is adamantly pro-choice, I want to reiterate that a woman's agency and ability to choose must precede others' personal beliefs.