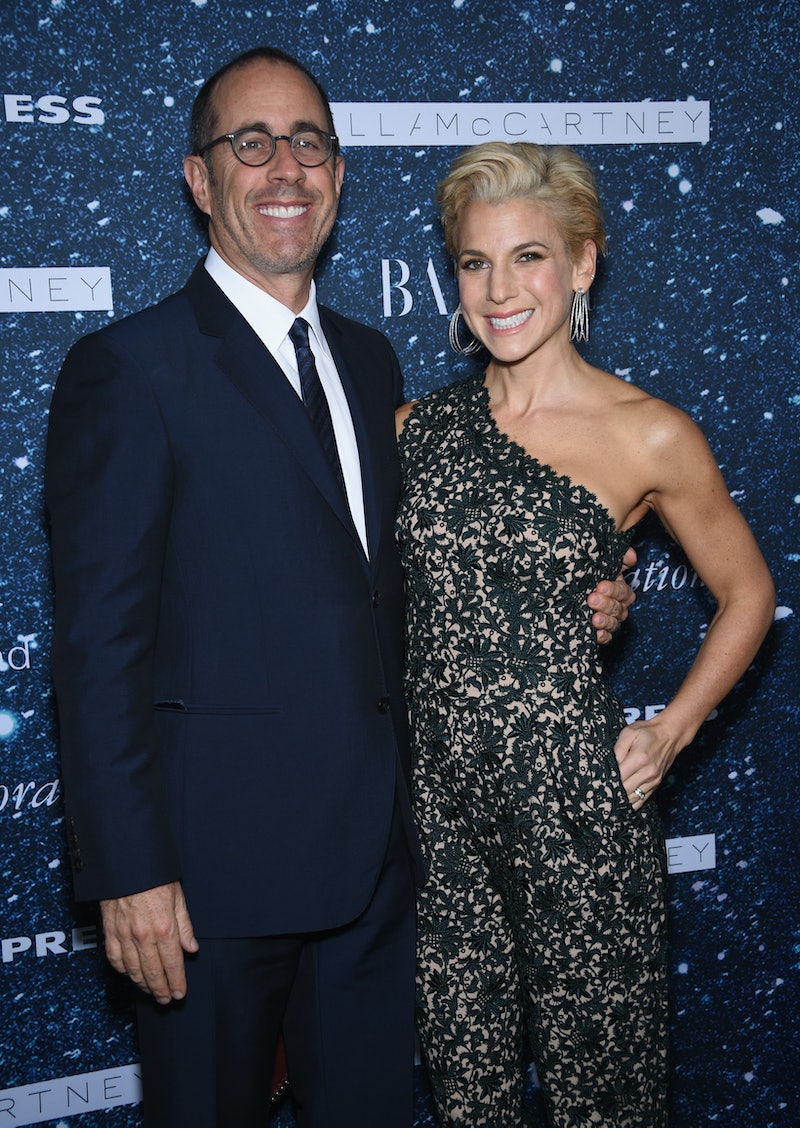 Maintaining a long-term relationship can feel like a full time job. Or uphill battle. Or impossible task. The process of merging two independent, strong-willed people into an integrated whole generally goes about as smoothly as herding cats. But at least you'll have something to laugh about in your quest for togetherness, because the sometimes seemingly nonsensical union of two lives makes for great comedy.

As such, it's no surprise that many comedians' best material comes out of the everyday insanity of trying to make togetherness work. We've all had those tragic/comic relationship moments where we can either laugh or cry, and chances are, if you chose to crack a joke, both you and your partnership emerged stronger.

That's the whole premise behind comedian Dani Klein Modisett's book, Take My Spouse, Please: How to Keep Your Marriage Happy, Healthy, and Thriving By Following the Rules of Comedy. After 20 years in the comedy world, Modisett knows the power of laughter, but found the sound sadly missing in her own relationship. "I could tell you why something was funny or why it wasn't," she writes. "But what I couldn't tell you — or, more important, me — was how to bring some much-needed levity to my marriage." After realizing that the rules for creating a successful career as a comedian are eerily similar to those for forging a lasting relationship, she went to the comics themselves to learn more. The wisdom she gathered in the resulting book is hilarious, heartfelt, and honest.

Long-term relationships aren't easy for anyone, "[M]arriage can feel as fragile as a soap bubble or as enduring as Mount Rushmore, sometimes flip-flopping within minutes," Modisett writes. But as the following quotes from her book attest, being able to laugh off the tough stuff may mean the difference between happily-ever-after and heartbreak. Read on for some hilarious relationship insight straight from the laughter experts themselves.

"I was ready to get married nine years before my wife was. It was only later I realized that she was using all those years to train me. And that's why I know she will never leave me. She doesn't have that kind of time to train somebody else."

On Saving Some Romance For After the Wedding:

"People go over the top with marriage vows. You spend three months working on words that you'll say to them and you'll never say those words to them again for the rest of your marriage. Save it. Don't blow it all up front. Use one of those lines every seven years. Don't get up there like Shakespeare, like 'And... your breath is the soul... and the wind under my wings and the FIRE!!' And then then the married people are going, 'Oh shut up!' Because you know in a week they're gonna be, like, 'Hey where's the mayonnaise?' 'I don't know, where'd you put the mayonnaise? Look, sweetie, you're the wind under my wings, but where'd you put the fucking mayonnaise?'"

On Not Throwing In the Towel Even When You Really Want to:

"Marriage definitely has its ups and downs. I mean, sometimes I hate my husband and lie awake in bed at night thinking of ways to kill him, but we've been together long enough now that I know I just have to ride it out and we'll be fine. That said, I think if I had to do it all over again I'd marry someone with a nut allergy."

"Being a good husband is like being a stand-up comic. You need ten years before you can call yourself a beginner."

On Spicing Up Your Sex Life:

"The kinkiest thing I ever did was when my husband asked me to dress up for him, as a nurse, because that's his fantasy, that we have health care."

On the Importance of Shaking Things Up:

"Relationships: easy to get in to, hard to maintain. Why are they so hard to maintain? 'Cause people stop talkin'... Why? 'Cause at a certain point you have heard everything this person has to say and it makes you sick to your stomach. You know what they gonna say before it even comes out they mouth and you just wanna stab them in the neck with a pencil... They're like, 'Remember that time?' Yeah I remember that time... stop tellin' me the same shit over and over! Why don't you go out and get kidnapped and have some new shit happen to you?"

On Making Sex a Priority:

"No matter what else you do, if you throw your husband a sincere and enthusiastic bone at least twice a week, you can almost take the long-term success of your marriage for granted."

On the Importance Of Laughter:

"If I walked in on my wife having sex with another man I'd probably say, 'Aha! Was he making you laugh!? Were you laughing with him!? No? OK. Just thought I heard some giggling. Sorry to bother you.'"

On Finding Ways to Bond:

On Knowing There's a Time and a Place For Conversation:

"If my mother wanted to tell my father something during the game she had a better chance of him hearing if she bought a ticket and went down there and held up a banner in the stands."

On Taking the Time to Fully Listen:

"I wish that science, if there is a science, would come up with a brain ride where you could take a ride in someone's brain where you could see all their thoughts, and their memories and why they do the things they do and why they feel the way they feel, and I know there's a low-tech version of this just called listening... this would be so much... easier."

On Accepting the Whole Package:

"Before I got married, I dated a nice guy who had potential, until he told me his parents were dead. I broke up with him because that meant we'd have to spend the holidays with my family."

On Really Being There For Each Other:

"Please. Showing up when you're warm and fuzzy is kids' stuff. Don't bother to take a vow if you're not going to show up whether you're feeling romantic or not. Serving one another is the heart of marriage. Your spouse is not a fashion accessory."

And Last But Not Least, On Staying In it For the Long Haul:

"Get out of a bad marriage definitely. But there is something to be said for the feeling of accomplishment if you stay in it. The saddest thing for me is seeing a kid at graduation where the poor kid has to negotiate all the sets of parents, I'm with my Dad and his new girlfriend and my mom and her husband and we're going out to dinner, but they don't like each other... I want to hold hands with Liz at the graduation. 'You see, you see what we did?' We're gonna hold hands at graduation and we're gonna hold hands when he moves right back into the house."

More like this
15 Ways To Deal With A Toxic Family During The Holidays
By Gabrielle Moss and Carolyn Steber
Emily Ratajkowski & Pete Davidson's Astrological Compatibility, Revealed
By Nina Kahn
Are Sagittarius & Capricorn Compatible In A Relationship? Astrologers Weigh In
By Kristine Fellizar
20 Thanksgiving Toast & Speech Ideas That Actually Aren’t Cheesy
By Brandi Neal and Mia Mercado
Get Even More From Bustle — Sign Up For The Newsletter