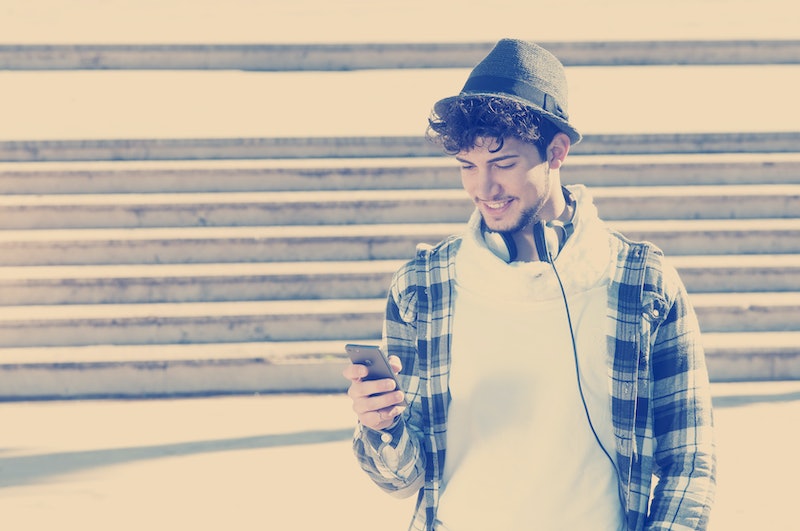 "Oh will you take me as I am, strung out on another man?" Apparently that is exactly how California will take you, Joni. A recent study of 2,000 Americans found the the west coast was the least faithful region in America. Which the New Englander in me feels super smug about, because I still hold irrational pride for a place I haven't lived in for 10 years. In the study by legal site Avvo, 20 percent of people on the West Coast admitted to being unfaithful. That's a lot of people.

I mean, I know five people on the west coast, so I guess it's time I get a little more suspicious. I'm guessing with all of those fit, bronzed bodies and endorphins and yoga bendiness, it's sort of inevitable that there's going to be a lot of sexiness happening, but let's try to keep it all kosher, yeah? Psychologist Dr. Ramani Durvasula said maybe it isn't the sun and beach at all, but told Yahoo! Health it may have more to do with how many cities there are on the west coast, which means people that have transplanted there. She pointed at L.A., specifically, which "may be more populated by those higher in the trait of openness, which may be more likely to translate into infidelity." That seems a little simplistic to write all of the artsy, hippie types as more likely to cheat, but maybe there's something to it. Here are some other interesting things we learned:

1. The Midwest Is The Most Faithful Area

Out of those surveyed in the Midwest only 10 percent reported being unfaithful, so half as common as those West Coasters. Whether this is due to fewer cities or just a different culture of fidelity, who knows?

2. The South And The Northeast Were Neck And Neck When It Came To Cheating

The South reported 17 percent cheaters and the Northeast reported 16 percent, so they fell right and the middle and very close. But New Hampshire has the state motto "Live Free or Die," which beats everyone and gives them a thousand bonus point, so we win everything forever.

3. Men Were More Likely To Cheat Than Women... Everywhere

The overall number for men was 20 percent, while 13 percent of women admitted they were unfaithful. But according to the Daily Mail the study found "more men than women have cheated on their partner in every U.S. region.

4. Satisfaction In A Relationship Doesn't Translate To Fidelity

Somewhat depressingly, while 95 percent of respondents said they were happy in their relationships, one-sixth were still unfaithful. I think that some people must be lying— I mean 95 percent being happy seems high, right? And the adultery statistics would certainly point to that, but a little worrying nonetheless.