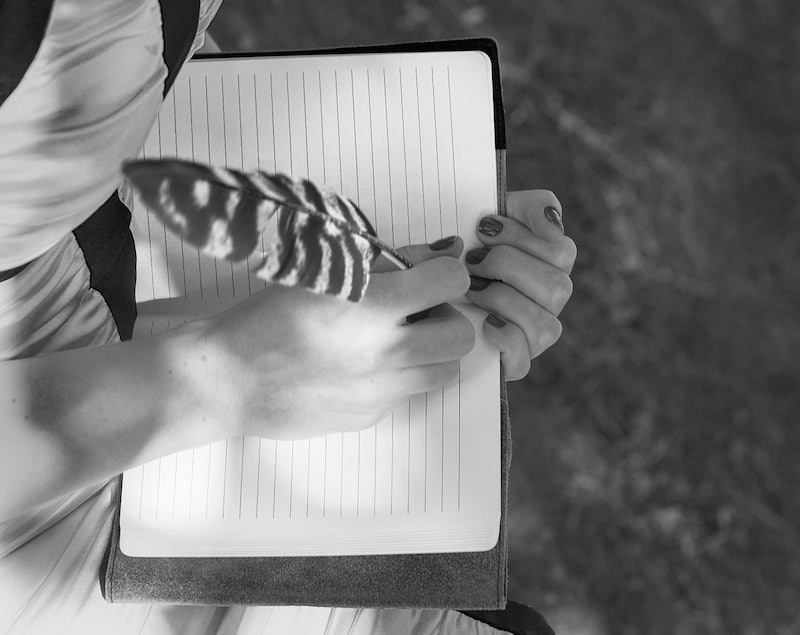 List-making has quite a robust history, from refrigerator grocery lists made by moms on magnetic notepads to the new-wave listicle journalism that is so detested by non-Millennial generations. It makes sense, though, that lists have become so pervasive: According to new research, list-making help people achieve their goals. This, on top of the fact that they're already easy to consume and a great way to get organized? It looks like we should all start embracing the to-do list!

Research from the University of Toronto showed that students who "self-authorize" — meaning they write down tidbits of their past that make them who they are today and use that information to set goals for their future — are more likely to stay in school and accomplish those goals than those who do not. Jordan Peterson, the University of Toronto psychology professor who conducted the study, also found that ethnic and gender-group differences in performance disappeared after two years for students who wrote down their goals. Peterson hypothesized that the writing exercise's effectiveness is due to its tapping into a growth-mindset: In enables students to see that their skils and abilities aren't fixed, as well as that they can grow and change. How does list-making specifically fit into it? Well, what better way is there to write down your goals and abilities than as a list?

A lot of people stereotype list-making as something that only those with hyper-organized tendencies do; however, while people with these tendencies can certainly be avid list-makers, anyone can enjoy making and reading lists. Whether it's a vacation itinerary, a bucket list, a to-do list for your first week of classes, or a listicle about the important causes every feminist should get behind, lists are a good way to consolidate information without overwhelming yourself or others. That's probably why the late 2000s saw an explosion of listicles, particularly in web-based writing — with so much information floating around, the format made for an easy-to-digist way to get the important points across and allow people to have a way to focus further research, if they choose to.

So why should you be making lists? Check out these five other reasons why list-making can be a really great thing (and yes, it's super meta that I've just made a list about making lists).

Research has shown that making lists can be a positive psychological process that is good for reinforcing personal identify, calming a sense of inner chaos, and prioritizing. People who find themselves stressed by their day-to-day tasks often get a lot out of writing them down in a contained way.

Ray Bradbury would make lists as a part of his writing process. Said the celebrated author, "If you are a writer, or hope to be one, similar lists, dredged out of the lopside of your brain, might well help you discover you, even as I flopped around and finally found me." This, of course, can apply to any kind of art, not just writing; according to Bradbury's logic, writing things out in list form can help you discover aspects of your creativity you didn't even know existed.

3. It will boost your memory.

Though lists aren't intended to make you memorize everything you have to do, they serve as a marker that there's something you have to remember. If that's not enough to jog your memory, you can just refer to the list again!

4. Crossing something off a to-do list feels. So. Good.

5. You can use them to celebrate accomplishments

Lists don't just have to be comprised of things you have to do, they can also be things you've done that make you proud or excited. For example, I keep a list of places I've travelled, a list of websites from which I love getting news, and a list of small things I accomplish everyday to remind me that even though there's a lot left to do, there's also so much I've done.