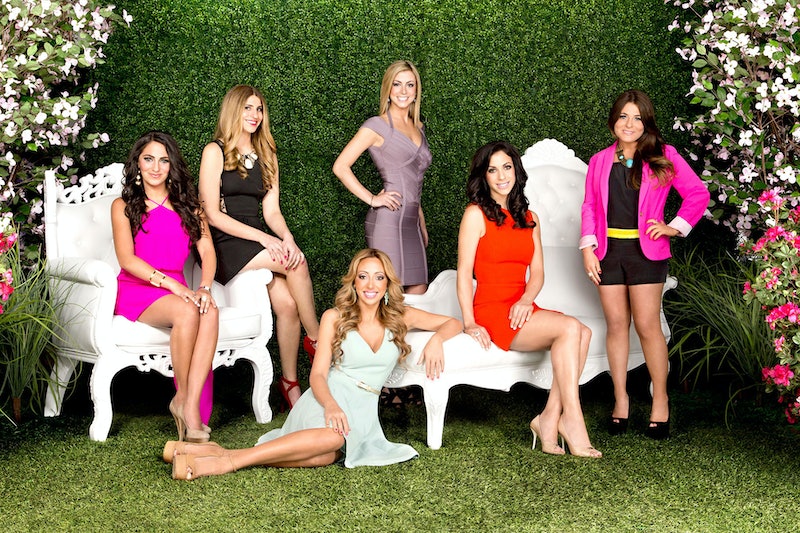 Since its June 1 premiere, Bravo’s Princesses: Long Island has been an apparent source of embarrassment for many. The show follows six women in their late 20s and early 30s, who, like all of us, are trying to navigate their lives. But while the Internet criticizes the particular paths these women have chosen, I’m left wondering: Who are we to judge?

Clearly, all of the women go against the grain of social acceptability when it comes to ambition. As they inch towards 30, the ladies have no qualms about living with their parents or waiting for white-knight husbands to rescue them and give their lives meaning. But, realistically, if my parents lived in the same city as I do, I would absolutely freeload rent-free. And that’s only socially acceptable because I’m not vocally just waiting for a husband. Granted, I’m not un-vocally waiting for a husband either, but if I were, what would be so wrong with that?

The pennants of feminist theory promote the ideology that women have the right to be whatever they want and chase whatever dreams they dream. Just because society glorifies the financial struggle of getting one’s life in order as “charming," we need not punish those who opt out of the masochism. Right now, I’m incredibly poor, chasing a romantic dream of being a gainfully employed writer in one of the most expensive places in the country. Simple number-crunching quickly reveals that aspiring to be a loving housewife is a way more rational and reachable life goal. So again, why do we care about these harmless women with actualized agendas?

Take the show’s narrator, Chanel (nicknamed “Coco," obviously), who has a kind-of job as a blogger and serves as the peacemaker between all the ladies. Though she’s widely inaccessible socio-economically, she is sympathetic because she is thoughtful and earnest to her highest capability, not unlike Cher in Clueless. In the opening narration, Chanel says, “There’s an old Jewish proverb that says, ‘When you marry an old maid, you get a faithful wife.’ But let’s be honest: no guy on Long Island is gonna fall for that one. And here, when you’re 27-years-old, still single and living with your parents, it’s time to panic.” This is meant to be hyperbolic and incite a reaction from the viewer, but I imagine it’s really not so far-fetched. Chanel is getting over an ex-boyfriend who left her for his 19-year-old ex, and her younger sister is getting married before her. This is a universally terrifying situation; The Wedding Date is not in the rom-com canon for its critically acclaimed performances.

Then there’s Ashlee, who is 30 and doesn’t have a job, but spends plenty of time professional husband-hunting. She’s unapologetic about her goal to be a doting wife and loyal homemaker—and you know what? She’ll be great at it. Ashlee is super bubbly, neurotic enough to bring her own bedding whenever she sleeps out, and she seems to have a heart of gold—ostensibly pure gold. She’s gotten flack for her severe anxiety against wearing flats, but at a height of 4’9’’, that is a million percent more reasonable than my severe anxiety against leaving my apartment when it’s cold outside. Yes, she has made disparaging comments about neighboring suburbs being scary or unsafe, and yes, to most people outside of the 1 percent, these comments are ignorant and wildly offensive, but it's also important to understand her context.

We are all products of our experiences, and many times, the economic situations into which we are born will dictate the baseline of what we know. Being financially lucky is of course no excuse for being ignorant, but being educated and worldly is not an excuse for being condescending. Ashlee is clearly no social justice crusader or future diplomat, but she’s not trying to be. She’s also not trying to be your friend, so indulge in this one-way relationship for an hour a week by watching the show ironically like you’re supposed to.

So, “they’re” not like “us," but they’re also not hurting us, and they’re definitely helping the economy. So truly, calm down or change the channel. With all the hate-blogging regarding these ladies, as a society, we just sound like the jealous band geeks responding to the queen bee. Trust me — I played the violin for six years.