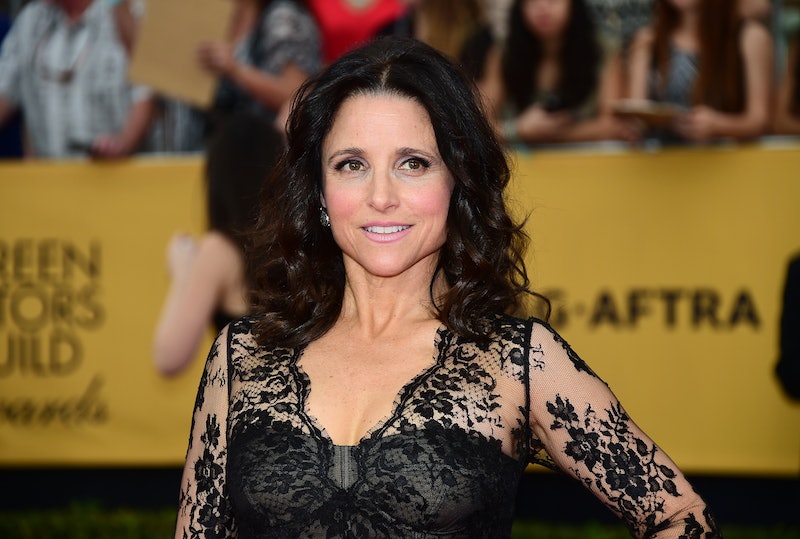 At long last, we can all rest now: the Emmy nominees for 2015 have been announced, marking the celebration of another damn fine year in television and another furious analysis of competition between actors and actresses... especially the latter. While ladies in TV have been killing it recently, award shows like the Emmys tend to pit both fans and the media into picking favorites and choosing sides. Really, only a monster would make me pick between Amy Schumer and Amy Poehler. But, what if it didn't have to be this way? What if ALL your faves could win an Emmy?

But because I can't literally force them to converge without the promise of a golden statute, I imagined a utopia where all of the best actress in drama and best actress in a comedy nominees could win... together.

Nominees: Viola Davis for How to Get Away With Murder, Robin Wright for House of Cards, Claire Danes for Homeland, Tatiana Maslany for Orphan Black, Elisabeth Moss for Mad Men, Taraji P. Henson for Empire

We love these ladies for bringing strong, complex, and often-times twisted characters in the forefront, but we'd also love to see them hang out and let loose. To guarantee that everyone wins, they can all forgo the Emmys and have some REAL fun... at a karaoke bar. Davis would drop jaws with her cover of "Bohemian Rhapsody," while Moss and Henson would slay with their version of Wilson Phillips' "Hold On" that we never knew we needed.

Oh, and obviously it's a BYOB private room, you guys. Not that there isn't fun to be had in the competitive late night dive bar circuit, but there's a sense of dignity that needs to be retained, and a off-key rendition of Lynyrd Skynyrd's "Free Bird" that must NEVER leave those four walls.

Nominees: Edie Falco for Nurse Jackie, Julia Louis-Dreyfus for Veep, Amy Schumer for Inside Amy Schumer, Lily Tomlin for Grace and Frankie, Amy Poehler for Parks and Recreation, Lisa Kudrow for The Comeback

A night of bone crushing dresses and categories like "Outstanding Host in a Reality Series"? No thanks. The leading ladies of comedy decide to opt out with a girl's weekend that starts with brunch and ends when somebody passes out in a gutter. Schumer and Louis-Dreyfuss are challenging the limits of "bottomless" mimosas and pretty soon the table is flooded with boysenberry pancakes and mapled bacon. (Nobody would give up that maple bacon, dude. Not for all the awards in the world.)