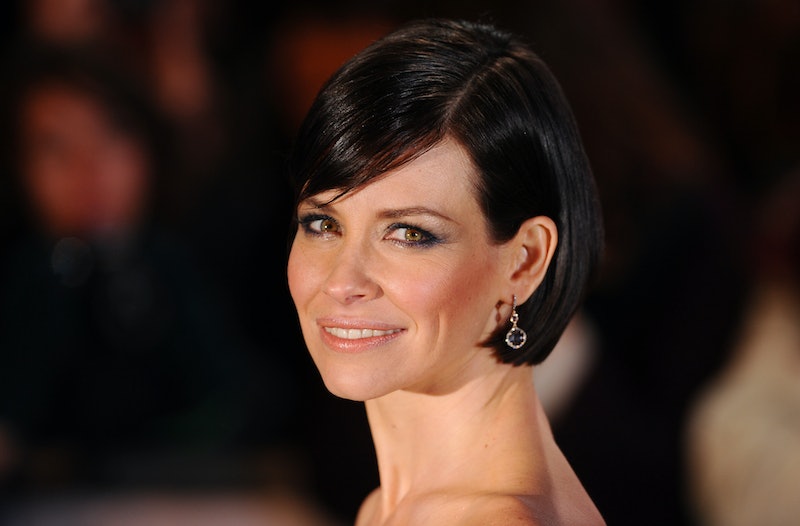 Perhaps the best part of Ant-Man came after the film's final scenes. In a post-credits scene (spoilers ahead!) we see Evangline Lilly's Hope Van Dyne eyeing a suit that looks eerily familiar to the comic book character of Wasp — a female hero in the Ant-Man universe. And it gets better. Marvel, the studio known to plot out a million and one comic book inspired movies years in advance, confirmed their plans for Wasp. "We have plans for her in the future, and we see that not so subtly in this film," Marvel Studios president Kevin Feige says.

Lilly, who audiences know from ABC's hit series LOST and The Hobbit films, was beyond thrilled to take on the character, but not for what we can assume is her eventual transformation into Wasp. "When we were filming, and during post-production, there was a lot of buzz around the internet: 'Is Evangeline playing the Wasp?' There was a lot of questions directed my way about that and I just couldn't have felt more comfortable or happy saying, 'Actually, she's just a really capable, very powerful force to be reckoned with, and she doesn't have a super power, she doesn't put on a fancy suit,'" the pregnant actress says. "My super-suit was my power suit that I'd go to work in and be a high level scientist in. I do think that's a fantastic example for young women."

Ant-Man's Van Dyne is an incredible example of a strong female figure who is never objectified or made to play a damsel in distress-esque role. "There is a lot of excitement with the female audiences about this character and about the fact that Marvel is really, really taking female characters very seriously. Looking at their line-up, you can see that they have great intentions," she explains. "As a woman who came into a predominantly male film, I had a great time working with Peyton and the producers on this character because I could see a hunger in them to really, really do right by Hope and do right by their female fans and the female audience."

The actress, who is notoriously picky about the roles she takes on, explained why this role in particular suited her. "When I pick a role, one of the things that I aspire to, is that somebody’s parent will come up to me after the film has come out and say, ‘My daughter idolizes that character. You’re her hero.’ And that’s what we aim for, especially in this brand. We’re in the business of making heroes," she says. "Playing the role of a female scientist in a world where mostly scientists are men is a great role to play."