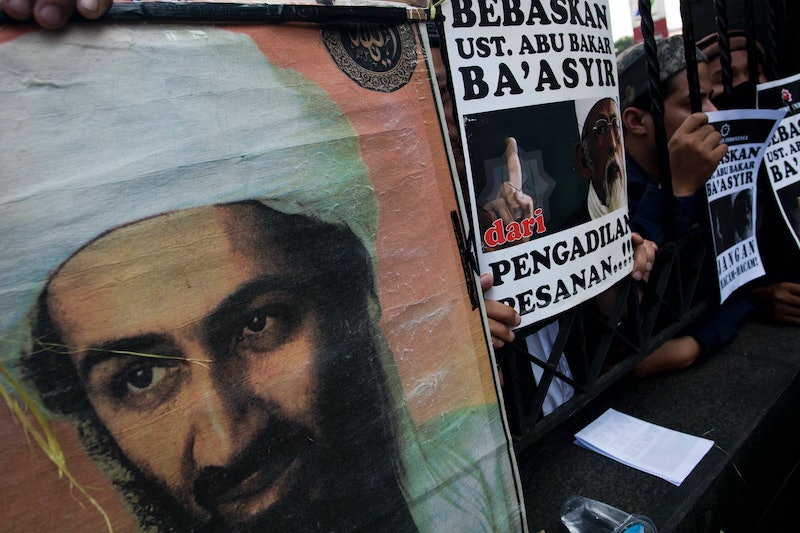 Here's something else to add to the list of 'Things That Maybe Should've Occurred To Edward Snowden'—along with 'Shit, Maybe I Should Have Filled My Girlfriend In' and 'Shit, Maybe I'll Throw International Relations Into Catastrophe.'

Joining the millions currently freaking out about the NSA's surveillance measures is none other than Al bloody Qaeda, who reportedly noticed everyone kicking up a fuss...and swiftly adapted their communication tactics so that the U.S. can't keep track of them anymore.

Senator Angus King (I-Maine) said Tuesday (in a statement that will reassure no one) that all key terrorist organizations now know "what techniques we have been using to monitor their activities and foil plots." For good measure, King added that "it's very conceivable that people will die as a result."

Two intelligence higher-ups spoke to the Associated Press under the condition of anonymity, claiming that all core terrorist organizations are now altering the ways they communicate to hide from NSA surveillance. The groups are abandoning the communication platforms revealed by Snowden to be privy to government access like Google, Skype, YouTube and Yahoo.

So, no more Gchat plots?

Most Wanted #36: Just bored at work

NSA director General Keith Alexander said, bluntly, that the leaks have caused "irreversible and significant damage to the nation."

FBI counsel "Spike" Bowman has pointed out that there are only so many ways terrorists can communicate—and that the NSA will find those, too. "It's frustrating. You have to start all over again to track the target...[but] I have every confidence in their ability to regain access."

Though official charges have been filed against Snowden, he's still reportedly merrily on his way to join Julian Assange as a free man via Ecuadorian asylum. (Assange is chilling in Ecuador's embassy in London, and shows no sign of leaving.)