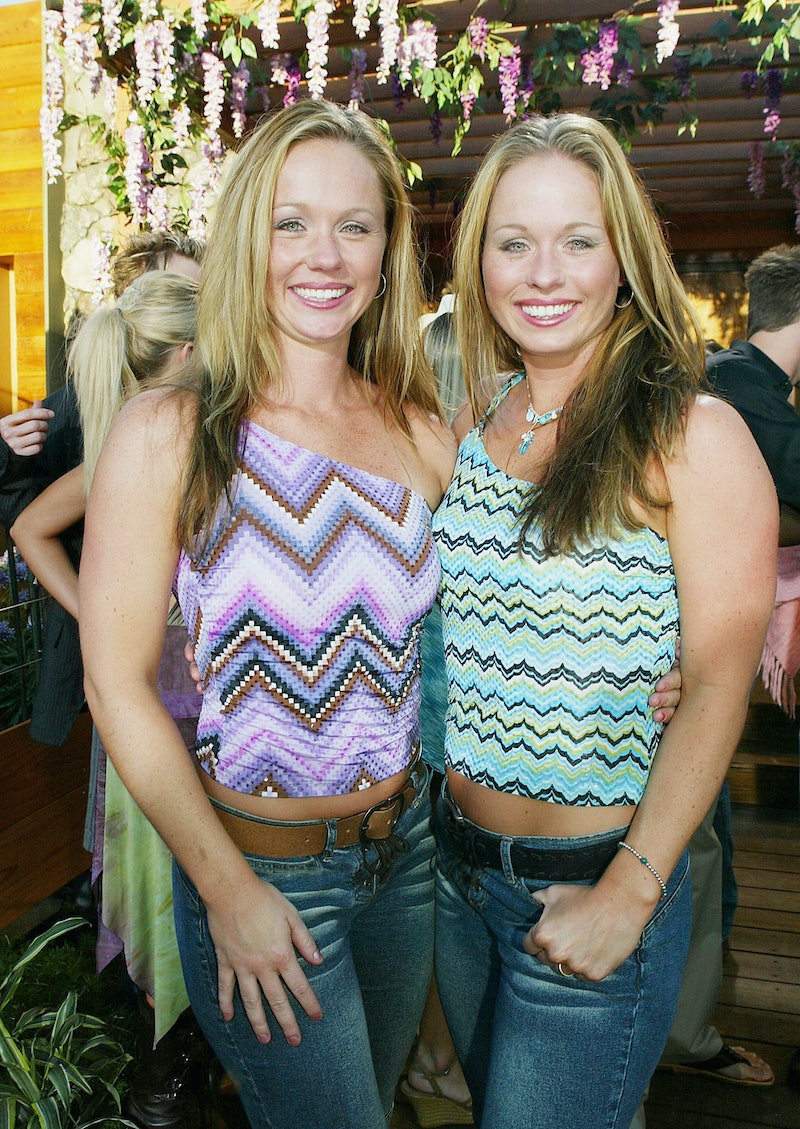 One of the biggest surprises (so far) on Big Brother 17 is the twin twist. It was revealed to viewers early on that Liz is a twin (gasp shock horror) and that she and her sister, Julia, regularly switch places and have to trick their housemates for the chance to play the game individually. Of course, this season's twin twist couldn't help but remind superfans of the OG Big Brother twins, Adria and Natalie Montgomery, who twin twisted their way into our hearts way back in Season 5. (Let's pause for a moment to remember that 2004 was 11 years ago. What is life?!) Since nostalgia is at an all-time high (um, this is a scientific fact, right?), this only begs the question: Where are Big Brother 5 twins Adria and Natalie Montgomery now?

First, here's a refresher. Back during BB5, the fitness-obsessed Adria and Natalie were initially playing as one person, Adria, before Julie Chen shocked the house (and the world) when she revealed that the twins (yes, twins!) were playing as one. After the rest of the housemates discovered that they were sisters and kinda had been lying about their identity for the whole time — um, that is the game! — the ladies Montgomery were put up for eviction. Natalie was evicted that week, and Adria lasted just seven days later before she got the boot in Week 8.

I consider myself a pretty savvy Internet researcher/"where are they now?" people stalker (IT'S A REAL JOB OK), but damn, Adria and Natalie have kept very under-the-radar (at least, by today's Internet standards) since 2004. Fortunately for Big Brother fans desperate to know what the ladies have been up to over the past decade, the one saving grace has been their Twitter account, which they've sporadically updated since 2009.

The Montgomerys have been a lot more active on Twitter as of late (thanks to the twin twist on BB17), catching up with Big Brother fans after many years out of the spotlight. This is a good thing, considering their official website, Fitness Twins, is under construction (boo!) and their @FitnessTwins Twitter handle is pretty much the only way fans can discover what they're doing now.

It appears that they're still as active, and as close, as ever, with Adria showing love for her sister in this sweet tweet:

Both sisters tweet occasionally about hitting up the gym or gettin' in some exercise, and their Twitter account shows that they are based in Birmingham, Alabama. According to the Montgomery twins' Wikipedia page (which apparently is a thing), they opened up Fitness Twins Elite Training Studio, and Natalie divorced her husband in 2008.

And there you have it!