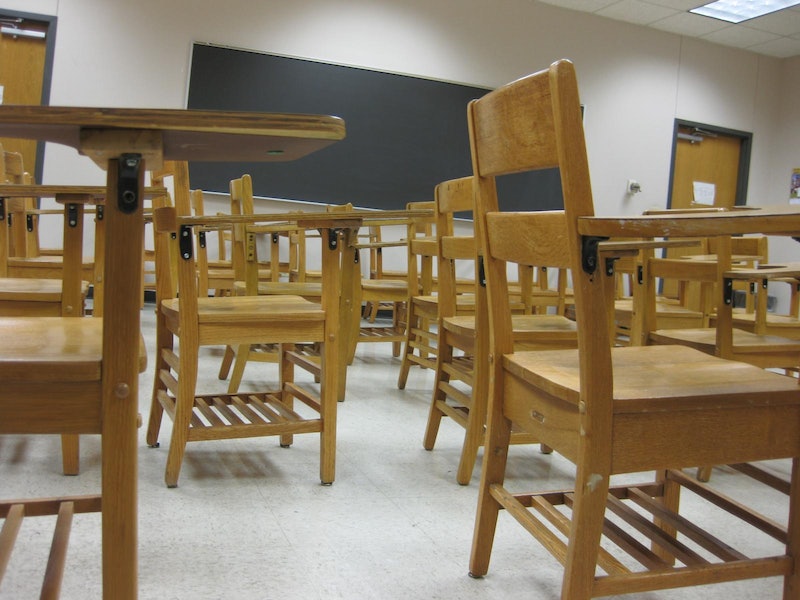 Are you having a bad day — like, the kind that makes you almost wish for a Walking Dead -style situation just so you don't have to deal with people? If so, prepare to have your faith in humanity restored by Bri Dredge, the teacher who won $20,000 on a game show and used it to buy new shoes for her students. Feeling better yet? There, I thought so.

The Australian teacher appeared on Millionaire Hot Seat, an Australian quiz show, last week, according to Cosmopolitan. Clearly, one of the things teachers are learning in college these days is how to make it freakin' rain, because she ended up winning $20,000. (Maybe I should go back to school.) While it is safe to say that the majority of us would use that money to fund our Chipotle addictions, Dredge had a different plan for her winnings: buying new shoes for all the students at Yuille Park Community College in Ballarat, the New Zealand Herald reports. I know that the plural of anecdote is not fact and all that jazz, but you can't tell me that this doesn't prove that teachers are some of the most wonderful, kind people out there.

OK, maybe not all of them. Even among her disproportionately nice peers, though, Dredge most definitely leads the pack in terms of absolute saintliness. "The look on [students'] faces was worth all the money that I won," she told the Australian Associated Press.

Needless to say, when she showed up to work, "every student in the whole school [gave her] a hug and said thank you."

According to Cosmopolitan, she even went on the show in the first place to inspire her students to "get out of their comfort zones and challenge themselves." If that's not going above and beyond for her profession, I don't know what is. Can teachers get gold stars in addition to giving them out? Because Dredge most definitely deserves all of them. In fact, in the spirit of giving, GOLD STARS FOR EVERYONE.