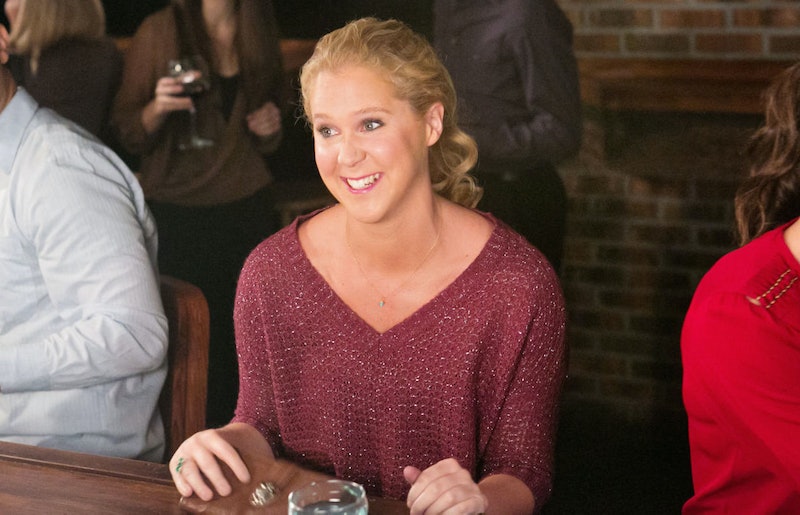 I just don't get it. After comedian and all-around awesome woman Amy Schumer took rather provocative, but mostly hilarious, photos inspired by Star Wars for an issue of GQ Magazine that were revealed last week, response has been less than ideal. Some fans of the franchise and even Lucas Films itself were up in arms over the pictures, with the company calling the shots of Schumer for GQ "inappropriate." But there is one person in the Star Wars family that isn't following suit. Luke Skywalker himself, aka Mark Hamill, weighed on the Amy Schumer photos and was not only supportive of them, but also had a brilliant thought. He tweeted that when he saw the photos, he thought Schumer was cast in Star Wars Episode 8. While that's probably not what GQ and the comedian were going for, it is pretty great: what would a Star Wars film with Amy Schumer look like?

It probably wouldn't get the support of the movies' studio, that's for sure. The Star Wars official Twitter made it clear that they did not "authorize, participate in, or condone the inappropriate use of [their] characters in this manner." I, for one, don't get what all this fuss is about. The photos were surely all in good fun, and paid tribute to the beloved franchise. At least Hamill clearly gets it, making clear that the Star Wars realm "should be so lucky" to have Schumer in their cast for the next film in the franchise.

But knowing Schumer's humor, there would be some epically entertaining changes that would have to be made if she joined the cast. Not that it wouldn't be worth it — her addition would certainly rejuvenate the franchise and bring a whole new audience to the theaters. It may not be likely to happen, but if it ever did, here are few plotlines I, for one, could see Schumer in Star Wars taking on:

1. She Could Play Leia And Han's Daughter

Not only is Schumer the perfect fit to play Carrie Fisher's daughter in Star Wars, she also has the same temperament as Leia in many ways. I could easily see Schumer being another badass princess like her mom who fights her own battles and only romances a man when she chooses, not because she needs one.

I could definitely see a situation where Schumer falls for a stormtrooper but due to their resemblance to one another, can't figure out which one is her boyfriend.

3. She'd Definitely Have Something To Say About That Metal Bikini

In true Schumer fashion, the comedian would find a way to not only comment on the metal bikini scene in some brilliant feminist way, but also take back the metal bikini in the most hilarious fashion. Can't you just imagine her freaking Jabba the Hut out to the point where he would just let her go?

4. She'd Find A Sexual Innuendo In Everything

Wouldn't it be great? It may only be a joke as of now, but I'm all for making a Schumer-Star Wars crossover a total reality.