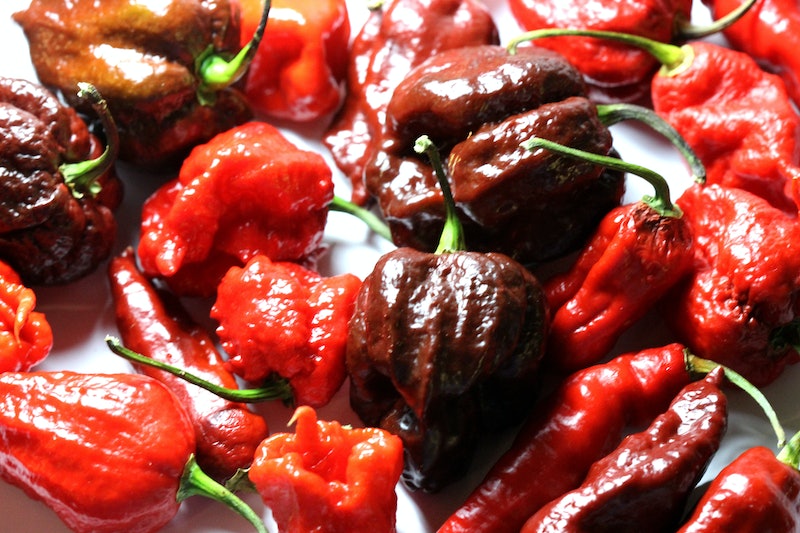 I have a confession to make: I am a huge wimp when it comes to spicy food. For all you Sriracha-chugging haters out there who say I need to eat through the pain in order to broaden my horizons, though, may I refer you to this video of a nine-year-old who ate a Carolina Reaper pepper? Because I promise you, all his tears and milk-guzzling would be nothing in comparison to the epic tantrum I would throw in a similar situation. Am I ashamed of that fact? Oh yes. Does that make it any less true? Unfortunately not.

The foolhardy nine-year-old in question is known as Pikachu the Pokemon on YouTube, where he generally posts a mix of gameplay videos and whatever he feels like. Earlier this week, the latter category came to include his attempt to eat the Carolina Reaper pepper, which currently holds the title of hottest pepper in the world. Valued at 2.2. million Scoville units, aka really freakin' hot for the layman, the Carolina Reaper's name tells you everything you need to know about its painful spiciness. As you can imagine, poor Pikachu the Pokemon didn't stand a chance.

In the beginning of the video, he was blissfully unaware of his future, cheerfully introducing himself and waving around the pepper.

"The first few chews were very hot but just about manageable," he wrote in the YouTube description.

It clearly wasn't a fun time, but he did OK... until the "volcano erupted," as he put it.

You can see the exact moment he swallows the pepper and realizes his mistake.

It's kind of like watching a trainwreck, only with more crying.

Bless his little heart. If there's a lesson to be learned here, it's that mankind isn't meant to eat peppers with the word "reaper" in them.

In case you're legitimately worried about the poor little dude, he survived! In fact, he's well enough to post a reaction video to his newfound fame. Smart kid.