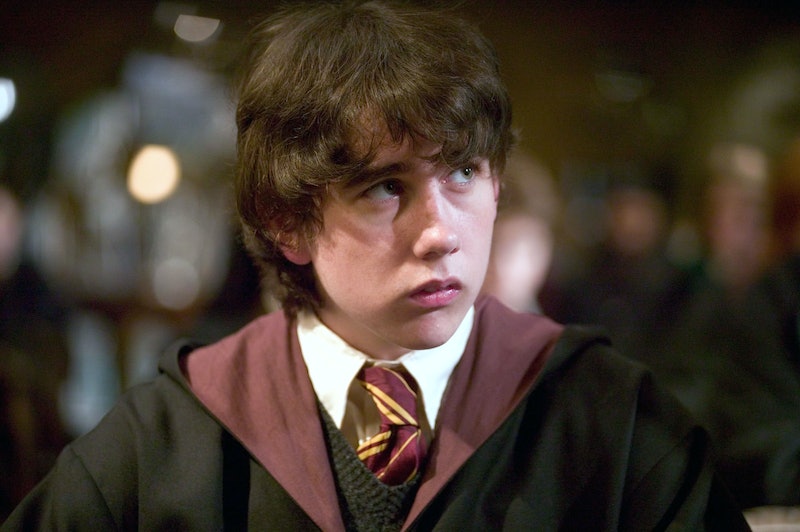 In the land of Harry Potter, everyone wants to be Harry or Hermione, but the world needs more than two personality types. Every friend group needs a Neville Longbottom. Partly because sweet people like Neville make the world a better place, and also because not everyone can be the boy who lived or the smartest person in the room. Neville was neither of those things (even though he was close to being the first), but he had more than his share of amazing qualities like bravery, loyalty, and kindness. He also had terrible luck, a bad memory, and a constant case of the nerves. That was all part of his charm.

If you suspect you are the Neville of your friend group, this handy dandy list should confirm your suspicions. If it turns out you are totally channeling good old Neville, then embrace your unique position in your squad. Just because you aren't the Harry of the gang doesn't mean you don't have lots to contribute. Remember, without Neville's ability to stand up to his friends way back in Harry Potter and the Sorcerer's Stone, Gryffindor would never have nabbed the House Cup that year. He may be unassuming, but Neville is a hero, and if you share his qualities, chances are, you're a hero too... even if you're also probably more than a little clumsy.

1. You Get Nervous When All Eyes Are On You

Do you suddenly throw the ball two lanes over when you're out bowling with your friends? Did you spend every school day dreading the possibility of the teacher calling on you in class? Then, like Neville, you think there is no fate worse than being the center of attention. The minute everyone focuses on you, the countdown to humiliation starts in your head.

2. You Have To Be Reminded About Plans 500 Times Yet You Still Forget

There's just a lot going on in your brain, OK? You don't mean to forget you made plans to go see a movie or grab a coffee. Unfortunately, they don't make Remembralls in real life. Even if they did, like Neville, you would just lose it too.

3. Even Though It Scares You, You Always Tell Your Friends When They Are About To Do Something Stupid

You love your friends so much you are willing to risk their wrath to keep them from drunk dialing their ex or trying that crazy watermelon exploding trick from YouTube. Neville once had to dig deep to find the strength to try and keep his friends from doing something stupid, and as the voice of reason in your friend's group, you totally understand where he was coming from.

4. You Have A Serious Green Thumb

People confuse you sometimes, but you get plants. Neville went on to be the Professor of Herbology, and while you may not be that dedicated, you do keep your friends supplied with fresh herbs and veggies.

5. You Are Unwaveringly Loyal

Neville stood by his friends and even led an army in Harry's stead. He had the heart of a hero and so do you. The people you surround yourself with are good people who you would follow to the ends of the Earth. With you on their side, your friends can't fail.

6. You Have A Thick Skin When It Comes To Insults

Being nervous and a little shy has its drawbacks, namely teasing. Chances are you were made fun of as a kid, but over time you learned how to stand up to bullies for yourself and for everyone else in your life.

7. People Are Constantly Calling You A Late Bloomer

Your friends, your parents, random old teachers you bump into at the supermarket — they all marvel at how amazing you grew up to be, as if your coolness was ever in doubt. It may have taken you awhile to get there, but you totally grew into your personality to become the best possible version of yourself. Also, everyone is obsessed with commenting on how hot you are, like it's a new development or something.

8. You Are A Secret Badass

For the most part, you are the most gentle-hearted person in the room. You avoid swatting flies and you always fill in as your friend's last minute wedding date, but let someone push you too far and suddenly you turn into a total, horcrux destroying badass. Basically you are the opposite of the Hulk: everyone likes you when you're angry, because it's such a rare and awe-inspiring sight.

See? Being the Neville of your squad isn't a bad thing. Next time you and your friends are deciding which Harry Potter character you each are (hey, that is a totally normal activity), let your Neville pride shine. You may be clumsy and forgetful, but you are also nothing less than a hero.

More like this
I've Read The Harry Potter Books 30+ Times & This Plot Hole Haunts Me
By Kelsey Stiegman
UK Viewers Are Now Able To Board Seth Macfarlane’s 'The Orville'
By Frances Stewart
Does 'Locke & Key’s Ending Mean There Could Be A Season 4?
By Sophia Moore
Why Did Meatball Leave 'The Bachelorette'? His Second Chance Didn’t Last Too Long
By Grace Wehniainen
Get Even More From Bustle — Sign Up For The Newsletter