From showcasing her love of chandeliers to featuring dozens of candles ready to light up a party, Meghan King Edmonds' Orange County house bears a lot of her taste, even though Meghan and Jim had to rent a mansion during the filming of the season. But while watching Meghan and Jim balance living in their rental house on The Real Housewives of Orange County with renovating their real house via social media, it struck me: the couple's house is actually just like another famous house on reality TV, the Kardashian-Jenner house. Seriously, it all adds up: for years, the establishing shots on Keeping Up With the Kardashians indicated that you were about to enter a home that was filled with lots of kids, a former famous athlete, and a bunch of reality TV cameras.

Now, most the Kardashian-Jenner kids have grown up and moved out and the KUWTK house probably isn't what Jim & Meghan thought of when they bought their house. And the Housewives couple only decided on their house after moving seven times, so they were probably more focused on getting settled than comparing reality TV households. But for the first few seasons of the show, the KardashiJenner mansion was so much like the home Meghan and Jim are currently building on RHOC that the comparison is impossible to ignore. Here's what I mean:

Meghan's The One Who Runs The Show

Just like Kris was always bossing her family around, Meghan has taken control of her house, especially with regards to the renovations.

Perfect for establishing shots on RHOC episodes, and Kardashian ones. 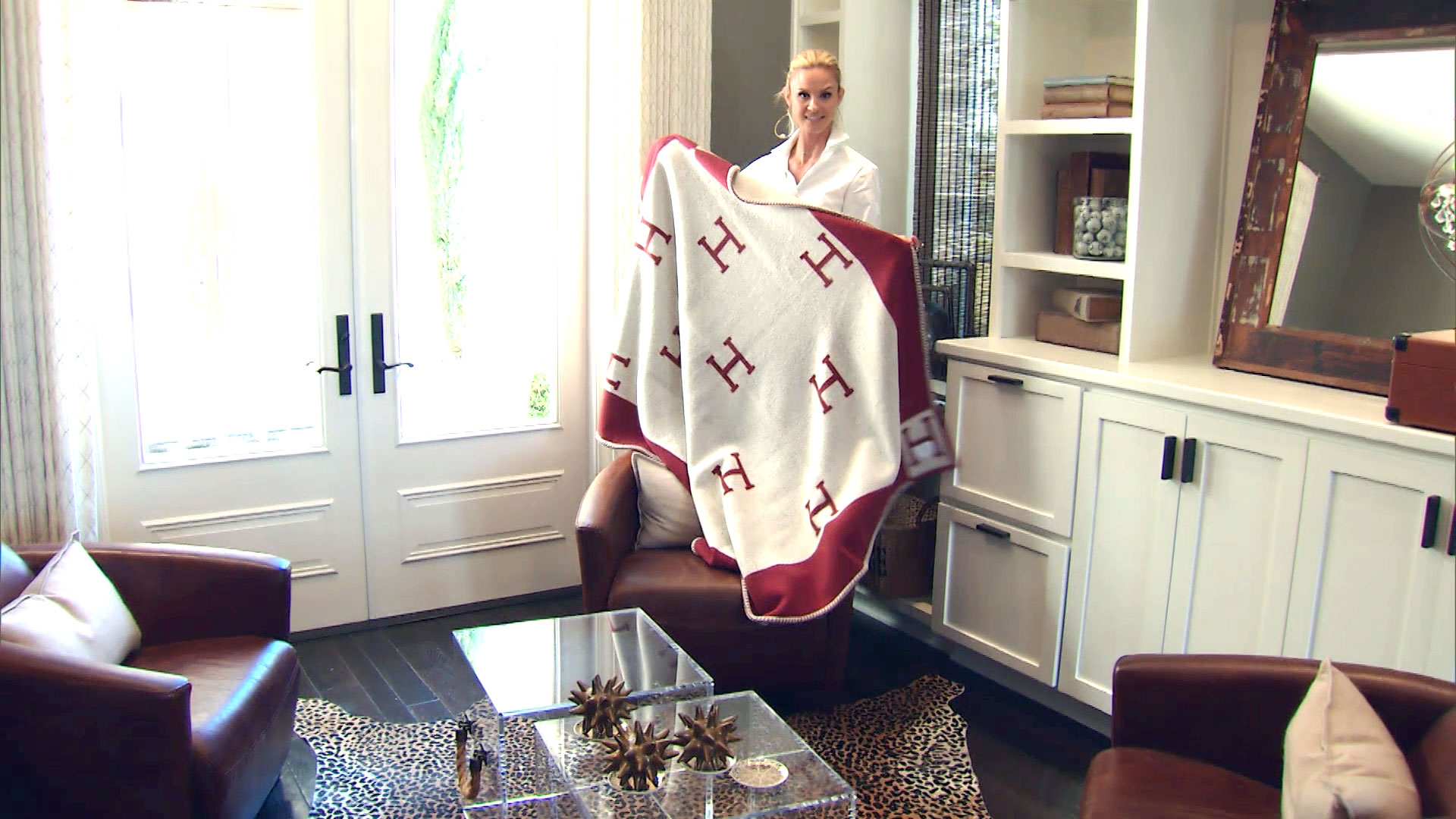 Of course, when the matriarch of the family is a former model (or in KUWTK's case, most of the family is filled with famous people), you need to prioritize room for all of their beautiful clothes.

And The Power Of A Statement Chandelier Cannot Be Understated

Flattering lighting is paramount for a family of reality stars. The Kardashians practically invented the statement chandelier.

They Have The Healthiest Fridge

Every episode of KUWTK has at least eight family members reaching into the fridge and simply pulling out bottled water. Looks like this is some form of California tradition.

All of the Kardashians and Jenners also drove huge SUVs, even the tiny ones. Watching Kendall and Kylie learn to drive on those huge monstrosities was terrifying... I'm sure the same thing will be true when Jim's teenage daughter learns to drive.

I recall Kris also had some kind of seductive family photos all over her house back in the day. And that luxurious bedroom with the padded headboard is actually just like Kourtney's bedroom from her Miami house.

The Edmonds' trampoline hasn't made a TV debut yet, but they should consider taking some safety precautions, to avoid any danger during super-fun trampoline wars.

And There's Plenty Of Family To Fill It Up

The biggest similarity between the Edmonds house and the Kardashian house, though, is that it's huge enough for all of their extended family and friends.

Once the Edmonds mansion is completed, it will be just like its reality show precedent, and The Real Housewives of Orange County would be crazy not to film there often.