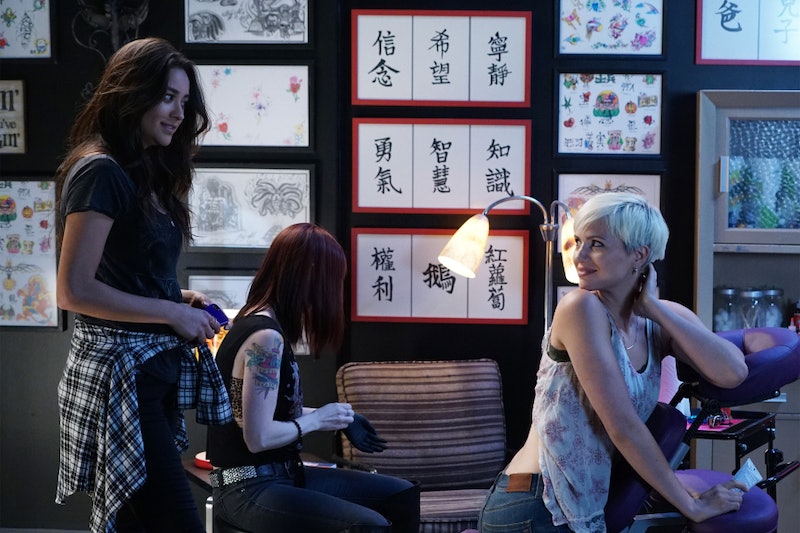 Emily has been through a few different relationships on Pretty Little Liars. When the show first started, Emily was dating Ben Coogan. After she came out as a lesbian, she dated Maya, whom she was head-over-heels for until Maya’s disappearance and alleged death (I don’t think she’s dead, but that’s neither here nor there right now). Following a brief mourning period, Emily was also linked with Samara, an LGBT activist; Talia, a former employee at Ezra’s coffee shop; Alison DiLaurentis, her frenemy; and, perhaps most importantly, Paige, a classmate and member of the Rosewood High School swim team. After the dissolution of all of those relationships, Emily is finally single. Now, the Pretty Little Liars writers are laying the groundwork to have her fall in love(ish) with Sara Harvey, the girl kidnapped by Charles DiLaurentis around the same time as Alison was. Sara and Emily getting together is an awful, no-good, very-bad idea.

I take no issue with the fact that Emily has had the most serious relationships over the six seasons of Pretty Little Liars. Dating is fun, natural, healthy, etc. You have to learn what you don’t like to learn what you like, you know? My problem lies in the fact that everyone Emily has dated is, in a word, awful. Emily has had no suitable lovely ladies in her life, and unfortunately, I don't think Sara is breaking that streak — and neither do the hosts of Bustle's PLL podcast.

We can start with Emily’s first female relationship with Maya. Maya was fun and gorgeous and full of life, but she definitely had a dark side that she really didn’t let Emily in on. This became very apparent when Maya disappeared and the girls found her website — Maya was harboring quite a number of secrets, many of which have not been revealed yet. Emily was devastated by her disappearance (we still don’t have a body, so I’m kind of loathe to say “death”).

Next up in my out-of-order list of Emily gfs? Samara. Samara wasn’t too bad. She was a little snotty, but hey, I can be snotty if you insult my taste in reality television or talk to me before my first coffee of the day. I get that. All started out well with Samara, who Emily was helping out with her LGBT activism stuff. They saw movies, Samara met Emily’s not-so-accepting mom, etc. Until Samara was like, all over her friend Quinn and told a not-suspecting Emily that she and Emily were not exclusive. That’s cool. A interfered in this relationship anyway, so it’s a good thing it didn’t really work out.

Talia was the cook at Ezra’s bookstore-meets-coffee-shop. All things were normal between Ems and Talia, until Talia planted a big one on Emily in the kitchen one day. Yay! A beautiful older woman for Emily. The two canoodled a little until Emily found out that Talia had a husband. Um, what? Next.

Alison and Emily never really technically dated, but Alison knew that Emily had feelings for her and exploited the hell out of it. Sorry, Emison 'shippers, but I'm not on board for this one.

Oh, Paige — the big kahuna of bad decisions that Emily has made. Emily and Paige met while competing on the swim team, and it wasn’t too long after that that Paige tried to kill Emily. Yes. Paige tried to drown Emily in the high school pool. Surprisingly enough, they started dating after this, and no one talks about it pretty much ever again.

This brings us to Sara Harvey. Rescued from Charles’ lair, Sara has forgotten how to live in society. She cuts her hair, she showers, she cries, she sleeps, and she just won’t go home. She needs some therapy to deal with her trauma, but doesn't seem willing to accept help. And now she’s kissing Emily? Girl, check yourself before you wreck yourself.

Writers, can’t we give Emily a break from these drama-filled relationships? Give a girl some space to breathe and figure out who Charles is, or at least a girlfriend who doesn't make her life even more difficult.