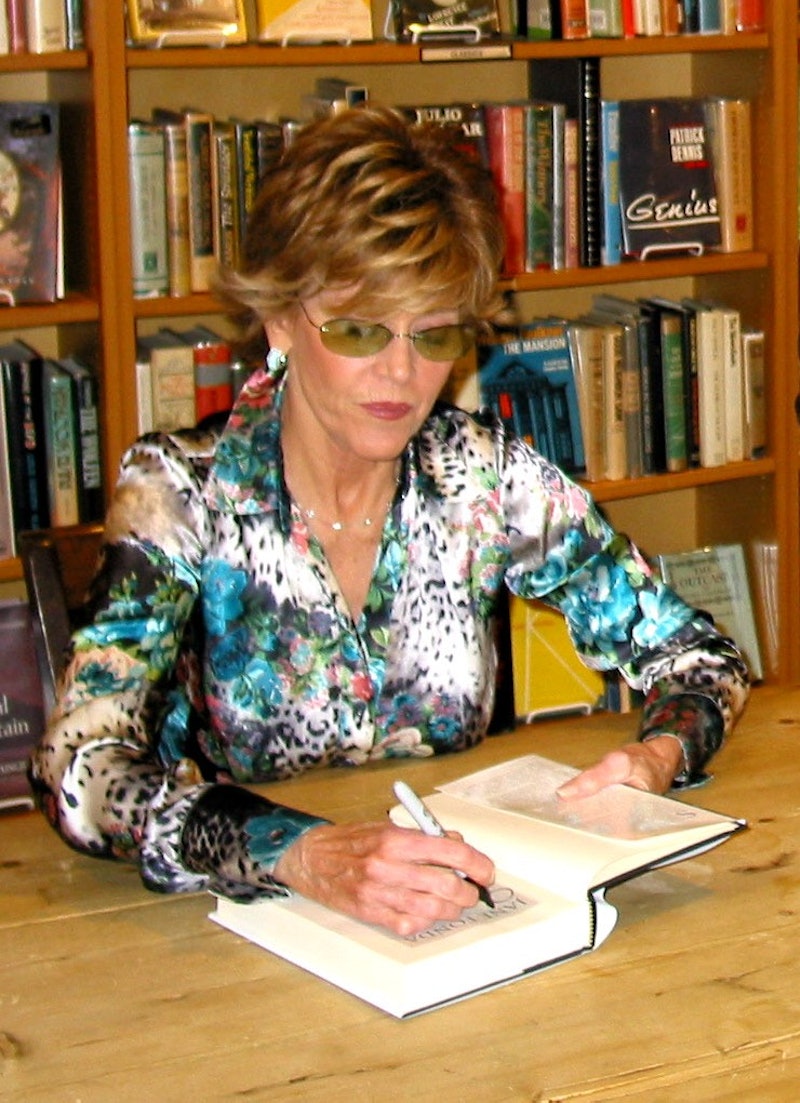 When comedian Tracy Ullman was preparing to deliver her 2011 Kennedy Center Awards address for honoree Meryl Streep, she asked her daughter for help with the speech. Ullman noted to her daughter Mabel that she wanted to talk about Streep's political influence portraying British Prime Minister Margaret Thatcher in the film Iron Lady. "No. Don't get political," Mabel advised her mother. "There's nothing more annoying than an actress getting political." But over the years, there have been plenty of entertainers who have thrown their hats in the political ring. Whether they are speaking out for a presidential candidate or championing a particular cause, stars can be seen at the forefront of change in this country. In fact, quite a few celebrities have influenced legislation.

Celebrities from actress Jane Fonda to director Michael Moore have made it into the public eye with their activism. Fonda is well-known for her work protesting the Vietnam War and her fight for women's rights. In 2003, Moore used his Oscar soapbox to make an anti-war, anti-Bush declaration during his acceptance speech. It, um, didn't necessarily go over too well though. Cue the awkward booing from A-listers and early "get off the stage" music.

When it comes to standing up for causes and pushing actual legislation through to law, these four celebrities have helped and are continuing to help make real change.

The mother of two spearheaded a campaign to pass SB 606, which protects the privacy of children of public figures. California Gov. Jerry Brown signed the bill into law in September 2013. Since January 2014, a paparazzo who is convicted of harassing a minor child of famous parents can spend up to one year in jail, according to The Huffington Post. It's probably best not to cross Catwoman.

When it comes to people on the "Do Not Cross" list, Miranda Priestly is right near the very top. In June, Streep wrote a letter to every member of Congress asking them to reintroduce the 1972 Equal Rights Amendment into the Constitution. Come on, Congress. Women's rights are human rights. Or as Miranda says, "Did you fall down and smack your little head(s) on the pavement?"

Of course she would take it there. The writer and comedian made a video for the National Women's Law Center that stressed the disparity of the wage gap and urged lawmakers to do something to change it. In the video, Silverman said she is "becoming a dude" so that she can finally make the money she deserves. Many LGBT organizations were so not OK with the video and claimed Silverman made light of gender reassignment surgery, according to The Huffington Post. The video remains online, and despite all the controversy, hopefully someone listened. Because the wage gap is real. We know it. Silverman knows it. Let's get real. Let's get political.