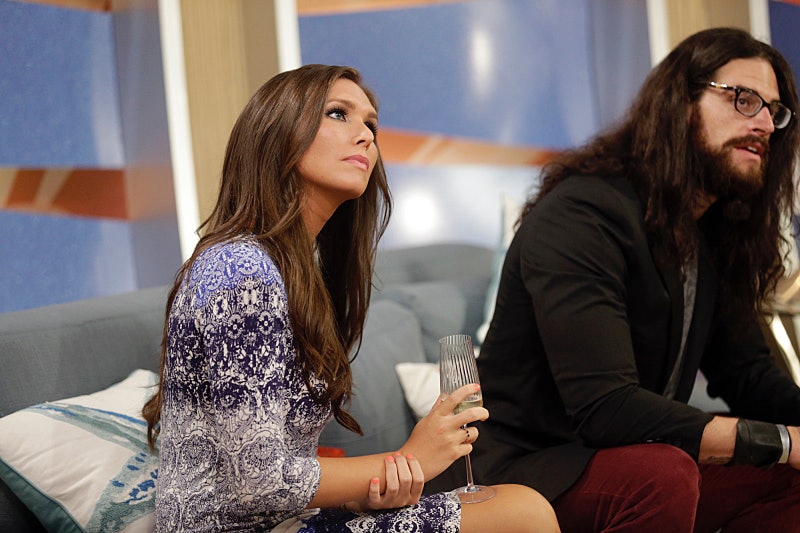 Every week it has seemed like Audrey is going to be evicted on Big Brother 17, but somehow she makes it through to the next round. There are a lot of reasons why this has been the case, including wanting to keep someone who is a major target in the house so other houseguests don't go home. But now that Shelli's nominees have lost this week's Battle of the Block competition, thus keeping her in charge of the house, Audrey could finally be on her way home.

The house's targeting of Audrey began as early as Week 2 when it was clear that she was manipulating both Da'Vonne and Clay during their big blow-up as well as lying to houseguests like Jason. Basically, it became clear that Audrey could not be trusted, so she became public enemy No.1 in the house. However, she has somehow evaded eviction for the past two weeks.

That all seems to have ended now that Shelli is back as HoH this week. Jason was originally intended as Shelli's target for the week partly because Audrey had been feeding her and her alliance members information about how untrustworthy he was being and how detrimental he would be to their games.

However, Shelli's one-on-one with Audrey made her seem just as dishonest as ever. Audrey basically backtracked and said that she was only suspicious of Jason's moves because Shelli and her alliance members were, disowning all responsibility for giving Jason a bad name and his possible eviction. For more on the shifting alliances from this season, check out Bustle's Big Brother podcast.

Now that Shelli's nominees Jason and Johnny lost Sunday night's Battle of the Block competition, she is seriously considering backdooring Audrey, and all I can say to that is please, please, please! I like Audrey as a person, and her personality has made Big Brother lots of fun to watch this season, but she just can't be trusted. Clearly, Audrey has shown that she is scheming and manipulative in her past behavior. If the other houseguests want to have a chance of winning this competition, it is in their best interest to get her out of the game the first chance they get. Otherwise, they may be voting on whether or not to hand her $500,000 at the end of the summer.

But then of course, I'm not sure if Shelli has the courage to make a big move like this so early in the game and finally get Audrey out of the house. However, it would probably make her a hero in the house rather than getting blood on her hands, and we all know that's something no BB17 houseguest wants.