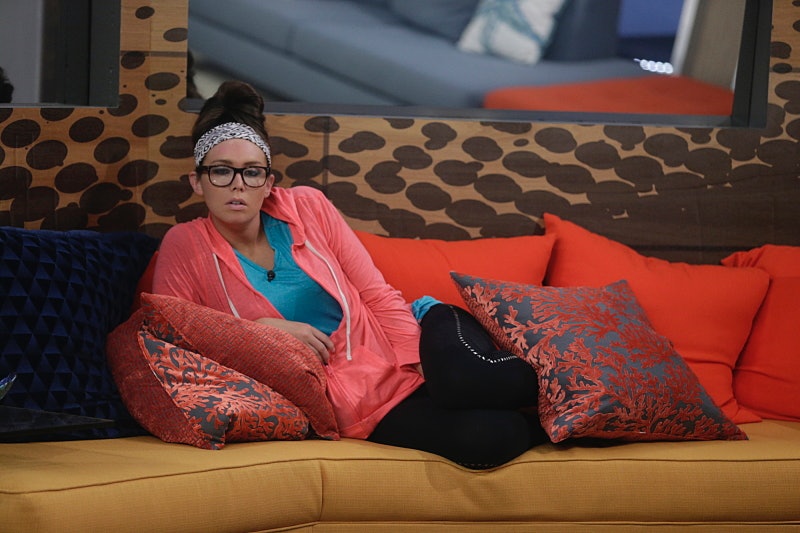 We need to talk about this thing that has been happening in the Big Brother house this season: the fact that the houseguests, no matter how much they deem her a threat, are not evicting Audrey. I know, I know — I don't get it either. In fact, I won't lie: sometimes just want to barge into that house and be like, "GUYS. WHY HASN'T AUDREY BEEN EVICTED? THIS IS HOW YOU LOSE THE GAME," because I’m pretty sure that is going to be the outcome of everyone pushing Audrey to the back burner while they backdoor the other “threats” in the house. This is how the houseguests who are threats become even bigger threats, people! Sheesh.

So, what exactly is happening in that house that the housemates are not evicting Audrey, even though she has been on everyone’s radar since Day 1? Other houseguests have their theories — especially the houseguests who have already been evicted (Da'Vonne's theory in particular is offensive and too awful to even mention) — but I don’t know if it’s even as purposeful as anyone's making it out to be.

So, why isn’t it happening? Why aren’t people in the house evicting Audrey once and for all?

Well, for one, I think Audrey realized pretty quickly (or, rather, houseguests told her pretty quickly) that she was making a few too many waves within her first days of being in the house because, recently, she’s barely made a peep (except to check in with the Heads Of Household to see if she’s a threat, of course). Her gameplay ever since that first time she came close to eviction has been all about taking a backseat and staying out of everyone’s way. Smart girl.

But, the other houseguests who are taking her newfound quiet within the house as a good enough reason to move forward with other evictions? Not so smart. Seriously, people, this is how people win Big Brother! When houseguests get distracted from the initial threats by other threats — and when people aren’t meticulous and thorough in who they vote off and in what order — THINGS BACKFIRE BIG TIME. Take contestant Andy Herren from Season 15. Remember him? He hung around in the background for, like, the entire season — only to end up WINNING THE ENTIRE GAME.

So, instead of swinging blindly at whoever seems to be the biggest threat that week — like, Jeff? Since when has that guy been a threat? Ever since he had absolutely no sway in the house? Riiiiight — you gotta pick those people off one-by-one: starting with Audrey.

Come on, guys. Don’t make me come in there and play this game for you.

For more on whether or not Audrey will be evicted anytime soon — as well as more on everything else going on in the house — check out Bustle’s very own Big Brother podcast, The Diary Room. Listen to the latest episode below, and be sure to check out future episodes on Bustle’s SoundCloud page.