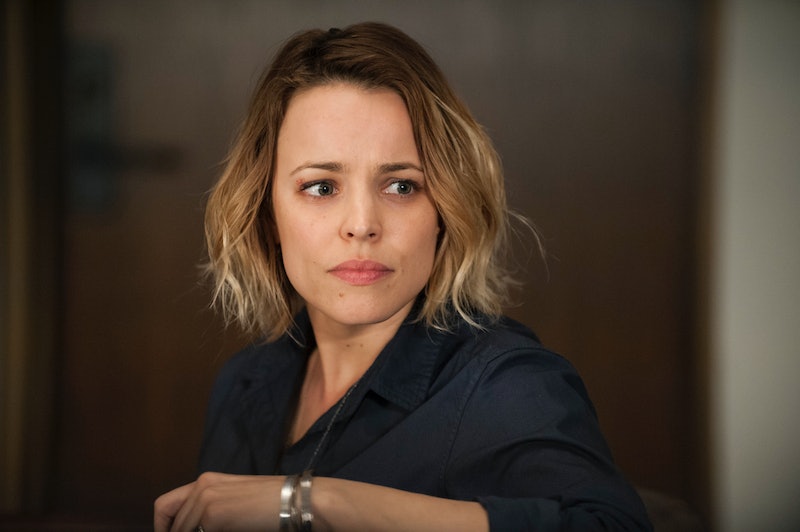 Here's what we know about these mysterious blue diamonds so far: they were Caspere's. And, well, uh, that's all we really know about them so far. But regardless of the lack of information, these blue beauties are clearly important.

After Ani and Paul found them in the safety deposit box, they took them to evidence lock up. From there, the diamonds disappeared. Ani thinks this is suspicious, and Paul actually goes out to hit up some pawn shops, looking for them (but, not the same pawn shops from last week). One pawn shop owner has seen them, and tells Paul that Detective Dixon came in about them a few months ago — that's dear, departed Dixon, who was killed in the firefight last week.

It's odd that Dixon went into pawn shops about the diamonds month ago, seeing as how they would have been locked up in the safety deposit box at that time. Ani and Paul can't figure that out, either.

While trying to get to the bottom of this, Ani is given some pictures from the sister of the missing woman from the first episode — and it's like, oh, yeah, I forgot about this plot line, True Detective. Anyway. It seems that this MIA woman, who clearly found herself in these underground club/parties that are all the rage in Vinici, might have known something about the diamonds. Maybe. However, without knowing what happened to her, and without any clear lead, this could simply be a dead end four our detectives.

The blue diamonds figure into this greater mystery somehow, though. Maybe I've been so hung up on trying to figure out the greater meaning of the soiled land, and Frank and Ray's partnership, and that singer in the bar, that I've overlooked that maybe this season isn't about any of those things. Maybe it really is about these diamonds, that have gone missing, and their importance. Maybe Caspere had them, and he wasn't supposed to have them, and that's how he wound up dead.

The diamonds are missing now, so wherever they are, I have a feeling that it might lead us to Caspere's killer, and solve this case once and for all.