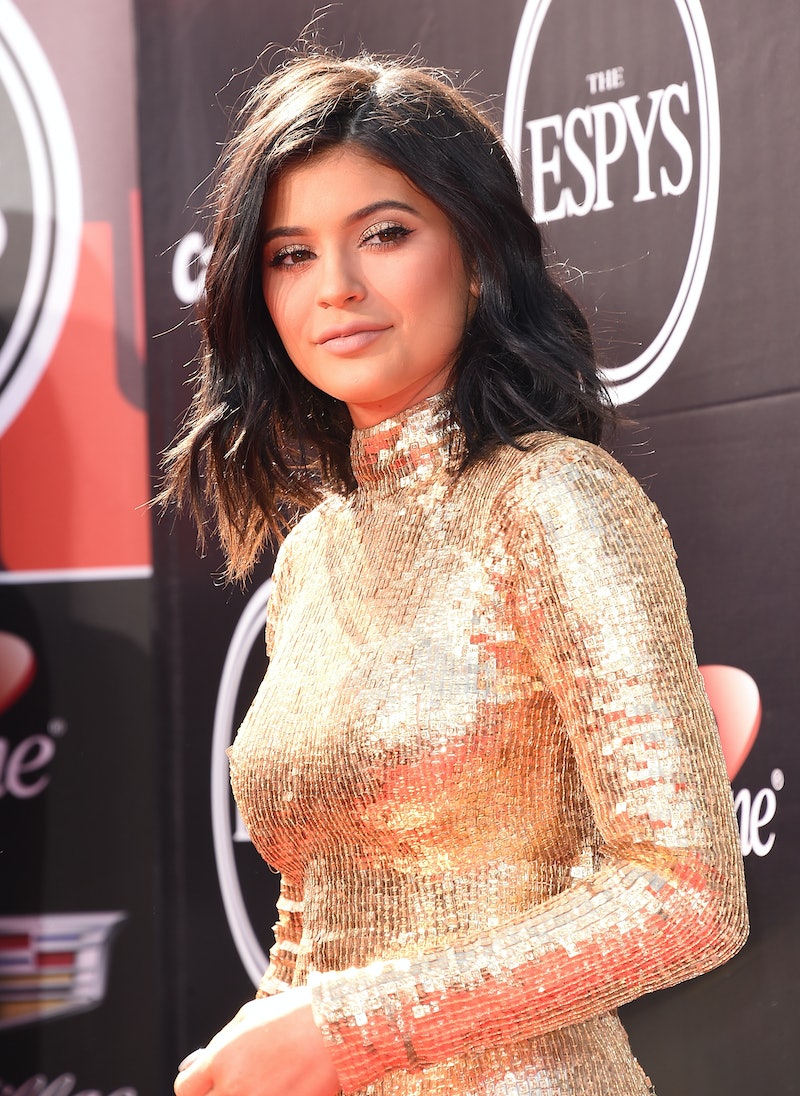 Did you keep up with the Kardashians (or rather, Jenners) this weekend? Kylie and Kendall came out to support their friend Cara Delevingne for a screening of her new (and much-buzzed) summer flick, Paper Towns shown at The London in West Hollywood — after all, Cara and Kendall are both favorites of Chanel's infamous creative director Karl Lagerfeld (and they've been known to internationally hit the town). At any rate, all three heiresses/socialites/models/it girls were dressed to the absolute nines, but you know what made things even better? A good, old fashioned sexy dance, fortuitously captured and uploaded onto Kylie Jenner's meticulously curated Instagram account.

Yep, Cara wore an absolutely killer Alexandre Vauthier Couture number, Kendall wore an equally dramatic key hole-necklined and side-slitted burgundy Zimmerman, and last but not least? Kylie fully embraced the naked look in a nude bra top, a nude skirt, and nude sandals, all topped off with (you guessed it) a nude suede jacket. And to top off all of the daring fashion going on, Kylie and Cara grooved together (complete with perfectly coordinated choreography) in their designer wares.

Pretty darn fabulous, right? Oh, and let's take a look at their outfits as well:

Whose look do you like best? I'm a fan of Cara's pleats, personally. Also, can this be the official petition for Cara to join the Kardashian family? All she needs to do is switch her name to Kara, and she's basically golden.