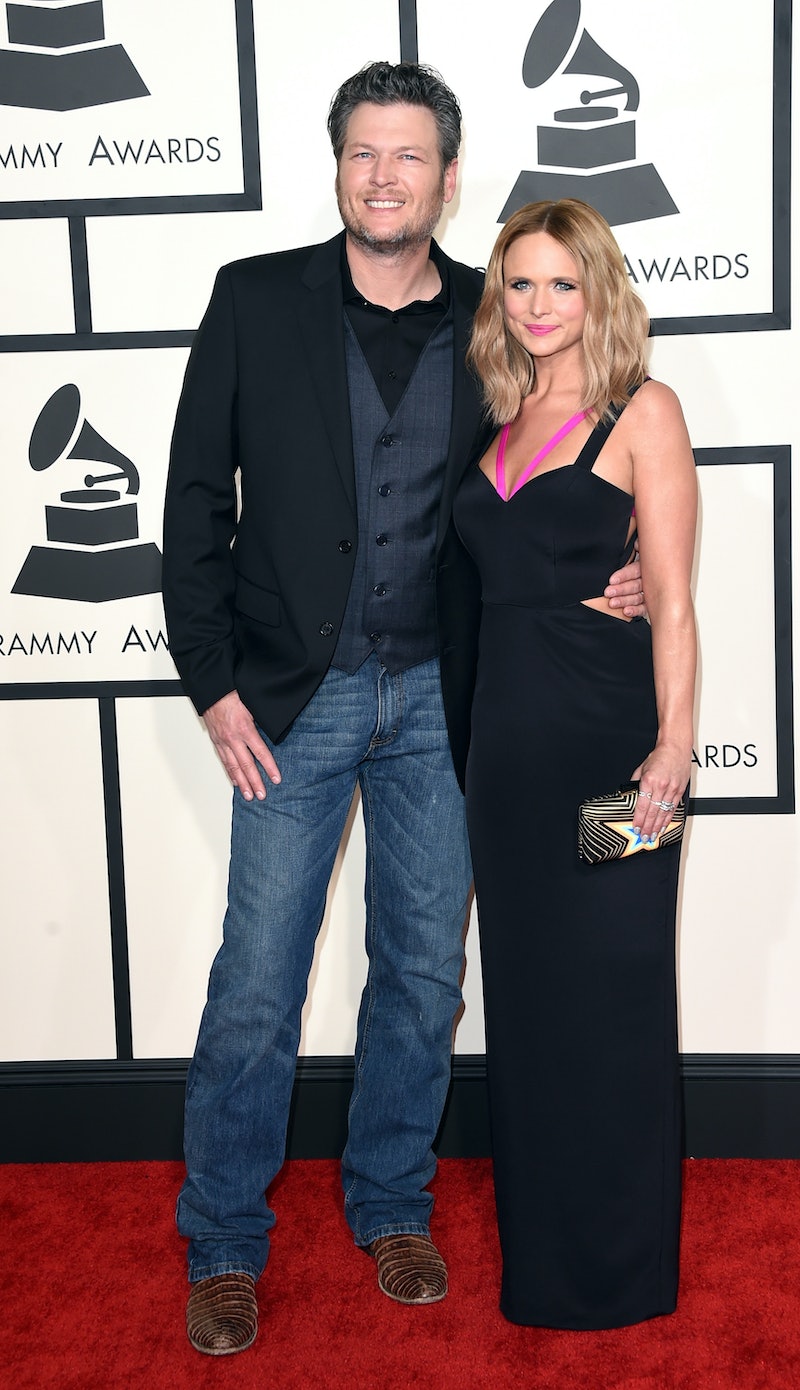 It's the news I'd hoped I'd never have to read, but it's happening, guys: Country music's reigning cutest couple Miranda Lambert and Blake Shelton have split up. After four years of marriage and countless adorable appearances together, Shelton reportedly filed for divorce earlier this year and according to TMZ, their breakup becomes officially official as of Monday, July 20. It's always heartbreaking to hear that a couple has broken up, but if you're taking Lambert and Shelton's split especially hard, I'm right there with you. They've always seemed like they were made together — as proven by the footage of Lambert talking to Shelton in his music video for "God Gave Me You" — so it's hard to imagine what went wrong. Why did Lambert and Shelton break up?

Although Lambert and Shelton did release a statement about their split, they didn't explain why it was happening. "This is not the future we envisioned and it is with heavy heart that we move forward separately," it said. "We are real people, with real lives, with real family, friends and colleagues. Therefore, we kindly ask for privacy and compassion concerning this very personal matter."

More intel on their split might come out eventually, but for now, all I can do is speculate on why this breakup is happening... and although the rumor mill isn't always spot on, these reasons based on rumblings about a potential split in the recent past could be what drove their marriage to its breaking point.

Between Shelton's music career and filming The Voice and Lambert having her own career to promote, it wouldn't be surprising if their relationship suffered because of their busy schedules. After all, it's hard to make a marriage work if you never see the person you're married to. This might be a boring reason, but it sounds like a pretty likely one.

One Of Them May Have Cheated

There have been cheating rumors on both sides of the relationship — some claiming that Lambert had been cozying up to fellow country star Chris Young while toward the end of 2014, Shelton was rumored to have been having an affair of his own. Being that Shelton was still married to his first wife when he met Lambert, the cheating scenario isn't too far fetched, but I'd like to believe that their split wasn't because they were unfaithful in their marriage.

When Lambert won Best Country Album at the 2015 Grammys, she didn't happen to thank her husband. If he got mad about that, it has to be one of the most petty reasons for a divorce ever — and besides, if he really did file for divorce months ago, they may have already been split up when the Grammys happened.

No matter what the reason for their divorce is, it's truly heartbreaking to imagine that they're apart for good. There's only one thing to do, guys: Look at photos of Carrie Underwood's happy family and remember sometimes that love does work out.