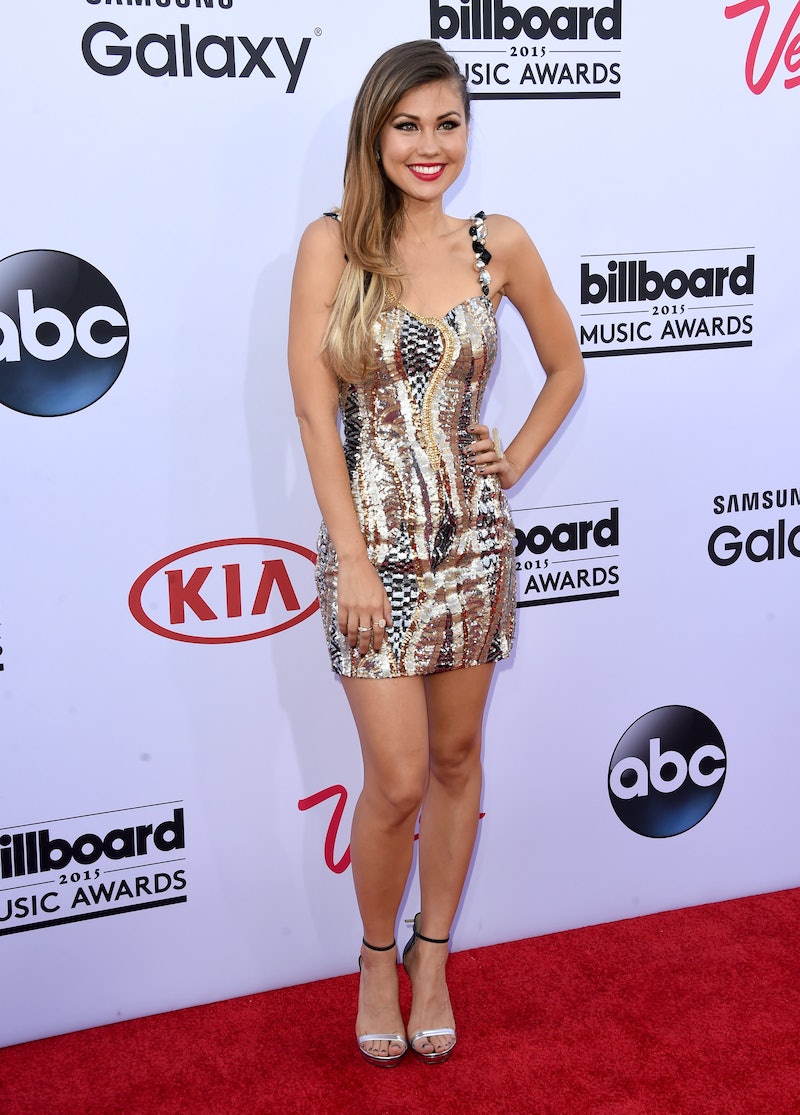 As much as I was trying to avoid the throes of The Bachelorette this season, I couldn't resist the drama and intrigue of having not one, but two Bachelorettes. I did watch the bore fest of Chris Soules' season because, again, I couldn't resist, and because of this, I totally got girl crushes on Kaitlyn Bristowe and Britt Nilsson, who were both way too exciting and cool for Chris (sorry, farmer fans.) This year's juicy season of The Bachelorette is coming to an end soon, but not before we get to watch the notorious Men Tell All special, which will no doubt be full of all sorts of gossip to satiate us a bit more. I already know we can expect some wild stories from the men this year, but I am interested in one other thing: Will Britt Nilsson be part of The Bachelorette: The Men Tell All ?

Although Britt wasn't chosen to become the Bachelorette this season, she has definitely become a star in her own right. While Kaitlyn won the title to star on the show, Britt remained in the spotlight when contestant Brady Toops left the show to try to pursue a relationship with her. It worked, and their growing relationship grabbed the attention of fans just as much Kaitlyn and her suitors, and Britt and Brady would often appear at the end of episodes and give fans some "updates" on their relationship. The most recent update of their relationship was a little disheartening, though, when Brody and Britt shared that they broke up at least two months ago.

So, although this is Kaitlyn's season, could Britt still make an appearance on The Men Tell All? There's a chance, but, personally, I'm not holding my breath. Although she was still a part of the show this season, she was not the Bachelorette and this special is specifically to clear up rumors and rouse up stories from the men on the show.

According to Celebrity Dirty Laundry, the special was filmed in Los Angeles on Saturday, July 11, so I scoured Britt's social media pages to see her whereabouts around that time. In what could be a small hint, she uploaded a photo of herself, Kaitlyn, and Becca Tilley (a finalist from Chris' Bachelor season) on the same day the special reportedly filmed. Since Britt lives in L.A., I took this as an outing they planned while each of the girls were in town, separate from the show. But it could mean that she makes a little appearance at the end much like her end-of-episode updates.

That said, looking at spoilers about the special from Heavy, there isn't any mention of Britt on the show, just some juicy confrontations and the hope that we might finally figure out what on Earth was really going on with JJ and Clint. Last week, Britt posted a photo with a caption implying that she was going to be out of L.A for a few weeks, and I can only assume that she's got some new projects under her sleeve and that we will be seeing more of Britt Nilsson, no matter what. Plus, we still have that After The Final Rose special to look forward to.