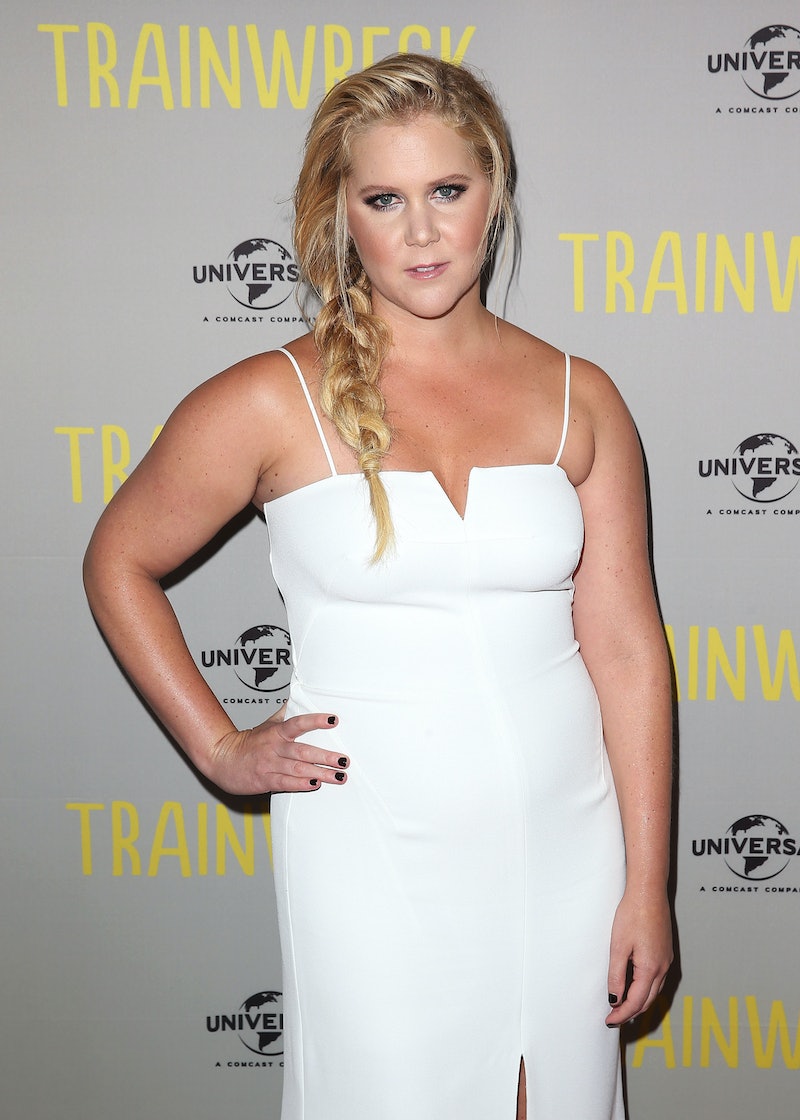 Now that her feature film debut Trainwreck is a certified box office success, Amy Schumer is going to be a red carpet staple for many years to come (and deservedly so). It also helps that Schumer wore Narciso Rodriguez while promoting the film and now the well-respected designer can't stop singing her praises. In the longstanding tradition of fashion designers and their Hollywood muses — think Audrey Hepburn and Givenchy or Cher and Bob Mackie — the pairing of Schumer and Rodriguez truly is a match made in style heaven.

“She reacted well to so many of the things that I presented to her,” Rodriguez said. “It was a really nice process.” Schumer wore the Spanish designer's creations throughout her Trainwreck press tour, including a coral dress for the film's screening in Ohio and a pink, 3/4-sleeved number at an Apple Store event in New York City. He also designed the outfits that Schumer wore on the cover of Glamour magazine, as well as a black leather dress for her appearance on the daytime talk show Live with Kelly & Michael.

Rodriguez said that while there was no doubt in his mind that Schumer can make anything he created look breathtaking, it was her confidence that inspired him to design dresses that captured and showcased her beauty.

“I think that comes with a great comfort level with herself and a sense of security," Rodriguez said. "You know, my mission is just to create a frame for her personality. If you make something for someone and they feel good in it, I think that’s what’s most important." Here's hoping that he'll design Schumer's gown when she wins an Emmy Award in September.