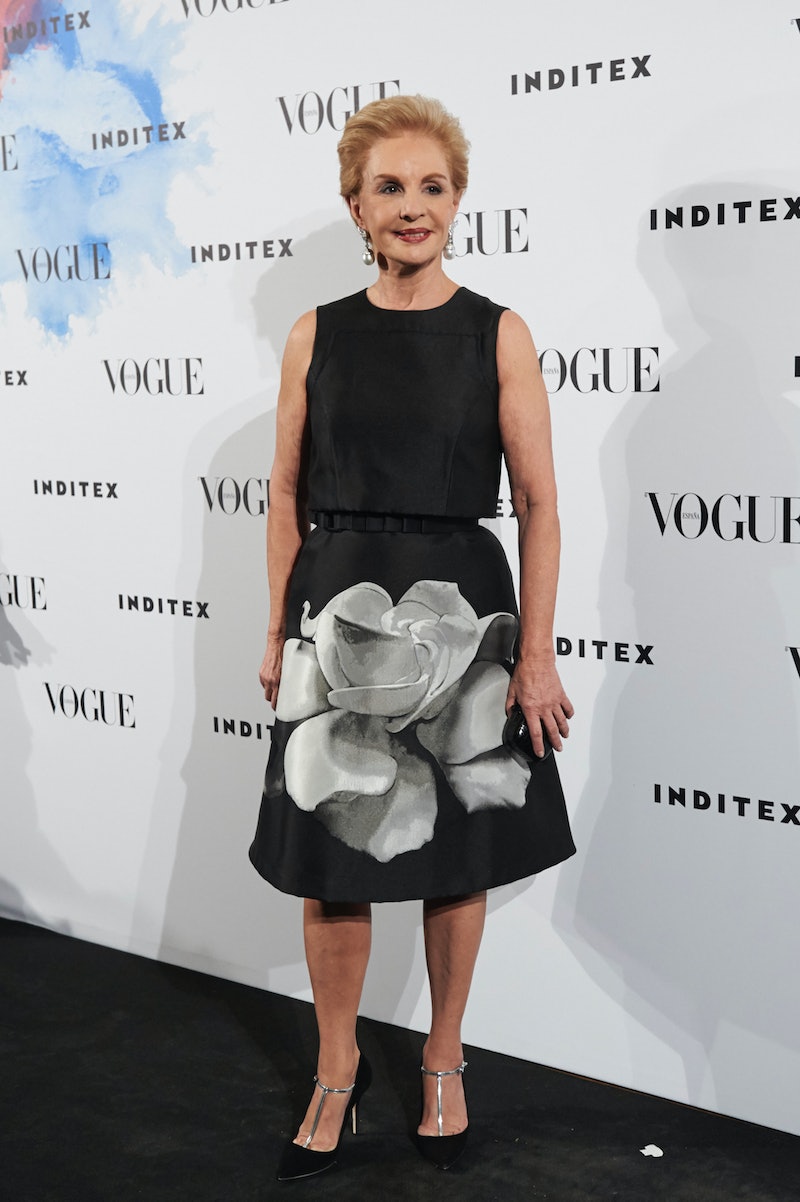 Here's one thing to truly look forward to in the second season of Empire: Carolina Herrera is designing pajamas for Lucious Lyons, the former drug dealer-turned-music mogul played by Terrence Howard who's at the center of the show's Shakespearean-inspired drama. Empire creator Lee Daniels confirmed that the iconic designer will create a line of men's pajamas for Howard's character to wear during season two.

"At lunch with my darling and BRILLIANT designer Carolina Herrera," Daniels wrote. "She's [gonna] do a line of PJs for Lucious." The Oscar-nominated filmmaker also shared a fascinating story about how their fashionable collaboration evolved from a New York Times photoshoot where Daniels wore one of Herrera's rare designs. "Apparently there seemed to be a discrepancy as to [whether] or not she'd ever designed men's pajamas," he added. "Well, she did... for one season eight years ago and I snatched 'em!"

It seems that while Empire's costume department focused on Cookie Lyons' style last season, the addition of Herrera's touch to Lucious' wardrobe probably means that the character will also step up his style game to match. If audiences love how these PJs look onscreen, it's even possible that Herrera might release a limited edition line of men's pajamas OR perhaps even an entire collection inspired by the central Empire characters. Cookie x Carolina Herrera? Yes, please!

This won't be the first time Lucious has worn PJs on the show. Here's a glimpse of the star in some silk pajamas from Derek Rose.

The second season of Empire premieres September 23 on Fox.