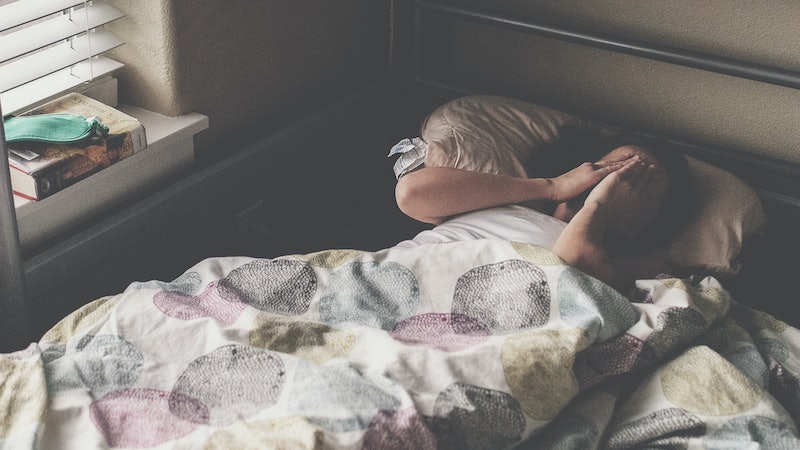 Getting up is hard to do — some would wager even tougher than breaking up (pending specifics, obviously). Daybreak isn't everyone's bag, so many have trouble rising when their alarm shrieks them from slumber. Although we morning people are the best to date, we know we're not the majority. In an effort to enlist a few more bodies to the morning people stables, Red Bull's alarm app is here to rock everybody's world.

For most of high school I set my clock radio in between two pop country stations (#NorthFloridaUpbringing), so it was fuzzy, bad, and LOUD. I also kept the device across the room so I'd have to get up to arrange a snooze situation — and getting up often means simultaneously abolishing any snooze options. Later on, I spent a good year waking up to A Tribe Called Quest song. After that, I turned to a Big Star number.

It's pretty nice how technology affords us many options to tailor our day starts to our own liking. Tailor-made, y'know. Now Red Bull has an appealing option for those who are especially goal-oriented. The app, called Red Bull Alert, uses your snooze button history to track your "wake-up performance." It even has the option of setting goals to improve that performance and compete with friends. That last part sounds a little mean but, well—whatever gets you out of bed.

And, you can pick your preferred sports motif when designing your specific set-up. Not too shabby. Plus I gotta imagine this is an effective method for getting up for those sports-minded folks.

In the spirit of getting us all going in the morning, here are some other inventive, helpful alarm systems:

Heralded as the first merciless alarm app, Wake N Shake requires its users to physically shake the phone to make the noises stop. Such activity usually entails fully waking up. It also, to me, sounds like how a hungover Fred Flintstone might respond to an obnoxious alarm.

Behold: My actual nightmare. The alarm won't cease until the user solves a math problem. This couldn't be worse unless it was decoding a captcha (IMPOSSIBLE, IMO).

This app promises to use actual science to map when you're experiencing REM and won't wake you then. It does other creepy Big Brother type of things that track your physical movements during slumber, but hey, lots of people say it helps them feel better rested overall. So. Cool?

Here's one for us folks with poor vision. Once I housesat for a friend and her alarm clock — which projected the time in enormous numbers onto the ceiling in such a way I could see it sans glasses — BLEW MY MIND. This is like the mobile version of that.

Get your green goddess on with this app that also tracks weather patterns. Kinda rad to know how to dress before even getting out of bed, right? Right!

Happy waking up, y'all.