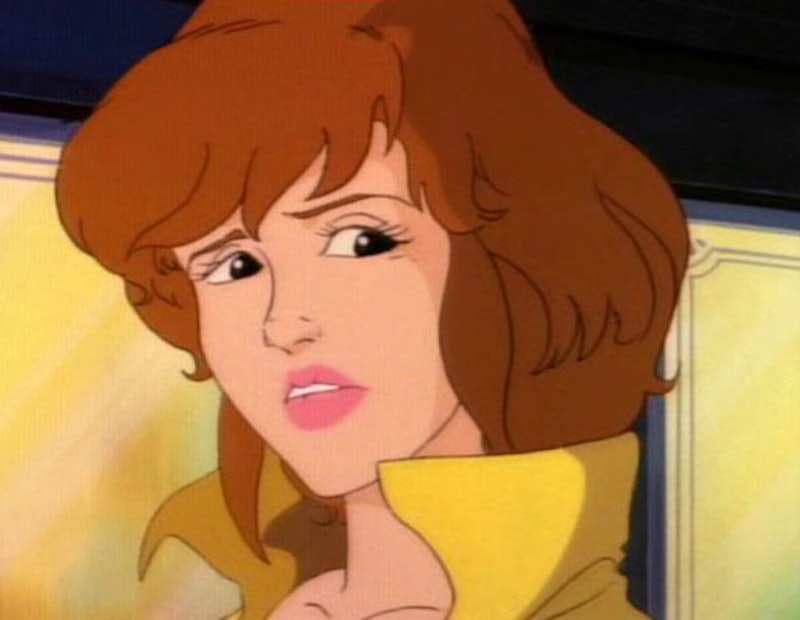 I was not a cool or particularly fun kid. I liked to draw, run a classroom in which I was the teacher and my teddy bears were students, and read books. I did what my mother told me, and was gripped by anxiety if I ever felt like rules were being broken. Actually, scratch that. I was super fun. All that stuff I just said is somebody's version of a roaring time (mine). Because of the type of child I was, it follows that I never really liked the rebellious kids characters that are designed for unruly children, like Bart Simpson or Ren and Stimpy. I shamelessly liked smart, willful female characters, which reflected exactly how dorky I was deep inside.

It's strange to look back at the '90s and see exactly how many empowering female cartoons there were to follow. We always think of the past as devoid of strong role models, but thinking about the characters I used to love, it's apparent that the '90s were a pretty solid time for some kick ass girl cartoons. If you were a giant nerd like me, you'll get it. And you'll probably be very pleased that instead of getting grounded and shirking your homework, you followed all the rules, watched your allocated half an hour of cartoons a day without complaining, and grew into a marvelous woman who is still a total nerd burger. Here are 8 characters you loved if you were a little nerd girl in the '90s, and probably still love today.

You're definitely not a cool kid when you openly admit to Lisa being your favorite Simpson. In the '90s, every kid loved Bart the most, so liking this high strung, bookworm Lisa was an admission that you were an ultimate loser. But Lisa always made the most sense to me, and as a little girl gave me hope that being a brain could be a prevailing quality to have as a woman, even if it was ostracizing to prefer reading from hair braiding as a kid.

Belle loved books, was fiercely loyal, and assertive about what she wanted. Also, she was a brunette who favored substance over style, was still a hopeless romantic, and was duly rewarded. Of all the characters of my youth, I related to Belle the most, because she loved to read as much as I did.

Firstly, she was friends with anthropomorphic turtles. Also, she was an amazing journalist and pseudo-detective, two things I wanted to be more than anything else. April was smart and tough and always figured everything out, and kept the turtles in line. She basically had every nerdy 10-year-old girl's dream life.

Linka was always mysterious to me because English wasn't her first language and she had a cute accent. She also managed to kick ass, take names, and have Wheeler, my cartoon man crush, crushing on her. She was one of those "have it all" female characters who defeated bad guys AND got the guy. Plus, she had the coolest power. I mean, heart? What the hell is heart?

All the Sailor Scouts were amazing, but Sailor Moon was kind of a dunce, and the others were all a bit boy crazy. Sailor Jupiter was the smartest sailor, and the most powerful physically. A smart brunette character had a huge draw for me, being that I was a brunette growing up in a world of blonde Barbie dolls. I admit that I once dressed up as Sailor Jupiter for a party. As a full grown adult.

Tiny little girl super heroes that are cute and sassy and also kick ass (side note: the green one was by far the best one, as with the Sailor Scouts)? Yes please. The Power Puff Girls showed girls to be dynamic and weird in different, individual ways, but all still strong and capable.

Not really a cartoon, but a cartoonish thing, so good enough to make the list. Miss Piggy was shrill and annoying and demanding and always, always making herself heard. And she was still loved and loveable. She wasn't a damsel in distress, but rather fought to protect her man, and she got what she wanted through sheer willful demands. I just loved her. I wanted to be as crazy and immense and wonderful as Miss Piggy.

Flora was a polite and loving girl who always wanted to make her loved ones happy. But she could certainly hold her own against her brothers, climbing trees and adventuring with the boys. Flora was a fearless, intrepid explorer, soft and hard at the same time, shirking female stereotypes.