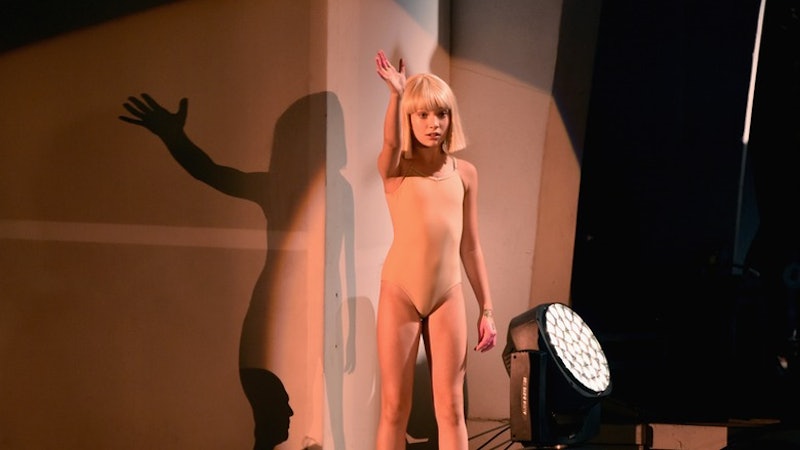 There’s a lot that sets Dance Moms' Maddie Ziegler apart from the crowd. Not only is she the centerpiece of Sia's music videos, but she’s been dancing at the Abby Lee Dance Company in Pittsburgh since age two, and is a star of Lifetime's series Dance Moms. While the reality show may have launched Maddie’s entertainment career, her continued success in pop culture has helped her rise to super stardom. From reality TV to Sia’s music videos to the Grammys, Maddie’s dance moves and flesh colored leotard have been everywhere! But, you probably knew all that already, so here are some facts you didn't know about Maddie Ziegler.

Her accomplishments are enough to make anyone feel like an underachiever (the kid was born in 2002!), and her age also proves that she has a big career ahead. Her talent has already reached an emotional and intense capacity that even many adult dancers can’t convey. I mean, were riveted by a music video of just Maddie’s face!

With a deluge of accomplishments in her wake and more on the horizon, there has been a lot of media attention on Maddie. While news of her family’s giant new home and meeting a Jonas brother aren’t that surprising for a celebrity, there’s a lot that may surprise you about the real Maddie and her meteoric rise in pop-culture. Here are eight things you probably don’t know about Maddie Ziegler.

She was originally named Taylor. But, her parents changed her name to Madison when she was a couple of days old.

2. She Is Super Charitable

Maddie and her sister Mackenzie are ambassadors for the Starlight Chidren’s Foundation, a group that works to improve the lives and health of kids around the world.

3. She Has To Pay For Her Own Phone

Maddie and her sister Mackenzie have to pay for their own phones... even the cases!

Her favorite security guard is apparently a cutie named Kipper.

6. Her Music Video Repertoire Is More Than Sia

While her Sia music videos “Chandelier” and “Elastic Heart” have more than 1 billion views, she has also appeared in several other videos — like Todrick Hall’s “Freaks Like Me.”

Sia is a fan of Dance Moms and actually reached out to Maddie via Twitter about starring in her videos.

8. Maddie Is Becoming An Actress, Too

She’s a double threat! Her acting career includes appearances on Pretty Little Liars, Drop Dead Diva and Austin & Ally. And, since she's only 12, her career has nowhere to go but up!