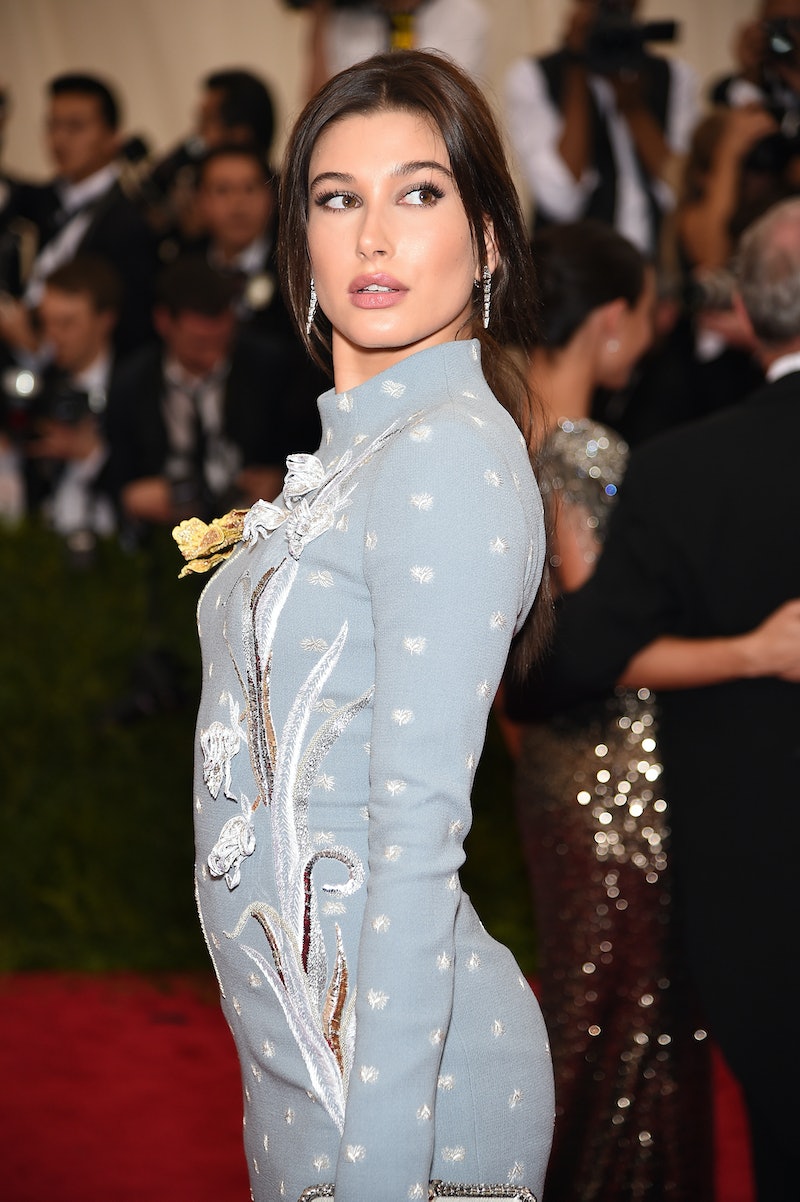 This latest trend first came to my attention about a month ago when Hailey Baldwin got a lowercase “g” tattoo behind her ear. And apparently, she’s not the only star with this letter permanently part of her skin. Celebs like Selena Gomez, Ashley Benson and Justin Bieber also have versions of the letter tatted somewhere. So what’s making all of these A-listers go crazy for this ink? What does the letter "g" tattoo mean?

The letter stands for “Georgia,” not the state, but rather the name of a little girl who has touched these stars with her story. Georgia is the daughter of Pastor Chad Veach and Julia Veach, who was born with a very rare brain disorder called Lissencephaly.

Georgia was diagnosed with the disease at only 4 months old and has left an impression on these celebrities. Connected through the Zoe Church in L.A., Baldwin and the others have chosen to honor the little girl by getting a tattoo of her initial. If you ask me, it’s one of the best reasons to get inked that I've ever heard.

See how each person has chosen to honor the little girl in ink.

She went for a classy cursive lowercase letter.

Benson went a little more bold with a capital "G" on her wrist.

He also opted for a more bold representation of the letter to honor the brave parents and their daughter.

Who knew a tiny tattoo could hold so much meaning?

More like this
Phoebe Dynevor Serves ‘Bridgerton’ Underboob In Stunning Floral Gown
By El Hunt
The Case For Using Your Fanciest Beauty Products Every Single Day
By Carolyn Steber
6 Asian Beauty Rituals That Will Soothe Your Skin, Scalp & Mind
By Jennifer Li
Marianna Hewitt’s Advice For Building A Personal Brand
By Taylor Jean Stephan
Get Even More From Bustle — Sign Up For The Newsletter
From hair trends to relationship advice, our daily newsletter has everything you need to sound like a person who’s on TikTok, even if you aren’t.