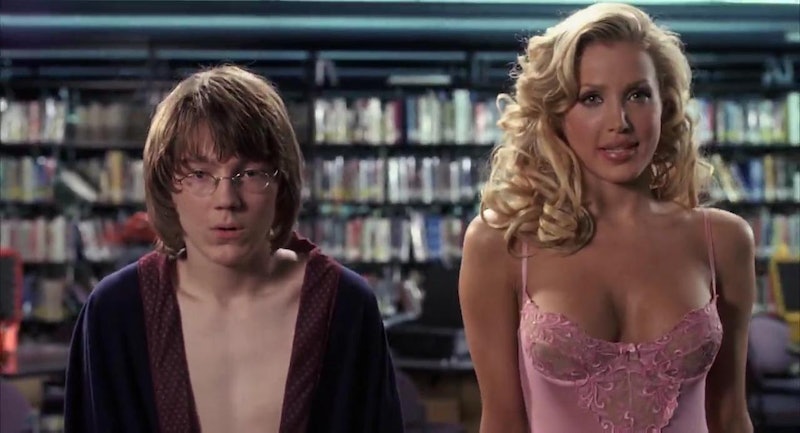 Myth #2: Spit Is The Best Lube

Myth #3: Men Only Care About Their Penises During Sex

While it would be foolish to argue that most men don't enjoy being touched on the penis during sex, most men also like to be touched other places, too — just like women, all men have unique erogenous zones where they enjoy being stimulated. Communicating with each other about where you like to be touched — the neck? The chest? The ears? The foot? — is what makes actual sex actually gratifying. Don't believe the hype: there really is more to dudes than their boners.

Myth #4: Penetration Is All Women Need To Orgasm

But nothing could be further from the truth — 75 percent of women can't orgasm from vaginal penetration alone, and those who can are probably not getting off after barely a minute of penetrative stimulation. So there's no reason to feel ashamed if you're not crazy about penetration, if you only orgasm from clitoral stimulation, or if you otherwise don't have a screaming orgasm just from having someone stick something in your vagina.

Myth #5: All Women Love To Be Called 'Sluts' In Bed

Myth #6: The Best Sex Positions Involve Putting Your Legs Over Your Head

Myth #7: Being Jackhammered By A Penis Feels Amazing To All Women

No shade to anyone who enjoys a good jackhammering; but for many of us, sex based around furious in-and-out penetration is not that satisfying or stimulating, and definitely not a way to get any closer to an orgasm. So you shouldn't be afraid to explain to a partner that jackhammer banging is basically cinematic magic, and not something you can usually count on to actually get off.

Myth #8: All Women Want Guys To Come On Their Faces

Myth #9: The Only Way To Be Good At Sex Is To Say 'Yes' To Anything

Yes, being open to new ideas (within reason) can help you develop a fulfilling sex life — in fact, a 2012 study out of the University of Arizona and Hanover College reported that couples who were willing to try new things sexually had greater overall relationship satisfaction than couples who weren't.

If you’d like to take a trip down memory lane, watch the sex myths you believed as a child below (and subscribe to Bustle’s YouTube page for more videos):