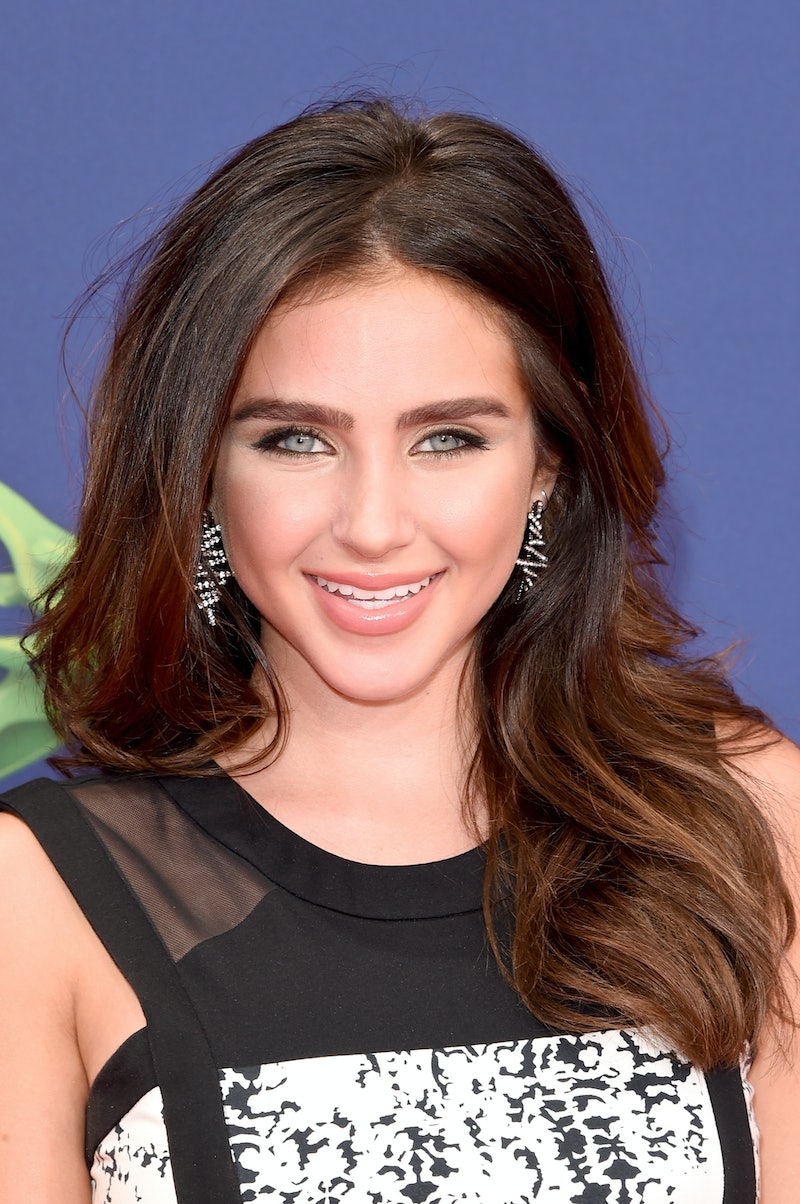 When, oh when, will we finally listen to all of those warnings about climate change? If we don't, these sharknadoes will just keep coming. Well, maybe that's not a bad thing if you're into awesomely bad, made-for-TV environmental disaster films. On July 22, Syfy will premiere Sharknado 3: Oh Hell No! (is that the best subtitle ever in the history of made-for-tv films, or what?), featuring another killer storm set to strike unsuspecting landlubbers with killer sharks. Ian Zeiring returns, Tara Reid returns, and — wait, no, there's something different about their daughter. She's been recast. So, who is the new Sharknado 3 star, playing Fin and April's daughter, Claudia?

First, let's start with what happened to the old Claudia. Aubrey Peeples has had a career bump since Sharknado debuted in 2013. She scored a meaty role as Layla Grant on Nashville, and she's set to star in the upcoming Jem and the Holograms adaptation. (Which, as a child of the '80s, looks nothing like the real Jem and the Holograms to me, but still.) So, our new Claudia, Ryan Newman, may have big things on the horizon for her, if the previous Claudia actress is any indication. Here's what we know about Newman's career so far.

She Started Off As A Model

A child model, to be exact. Chances are, her professional shots don't have her succumbing to "awkward hand."

She's made appearances in movies like Zoom and The Call, along with TV shows like Zeke & Luther, See Dad Run, and Big Time Rush. But, my favorite credit has her following in another famous actress' footsteps: She played a younger Miley Stewart on two episodes of Hannah Montana. I wonder whose shoes are harder to fill, Aubrey's or Miley's?

She Has A Clothing Collection With A Positive Message

Newman has a clothing and accessories collection for Compassion Brands, whose motto is "fashion against bullying." The tees have messages like, "All you need is less" and, "What goes around comes around."

Think you see sparks flying between Claudia and Billy on Sharknado 3? That's not all acting. Newman is dating the actor who plays Billy, Jack Griffo, IRL, as she admits in the video above.

She Has The Cutest Relationship Ever With Her Sister

Aww, aren't they adorable? But, what are they doing with snorkeling gear — don't they know there are possible sharknadoes in the water?

Be sure to catch Newman in Sharknado 3, before she surely hits the big time.