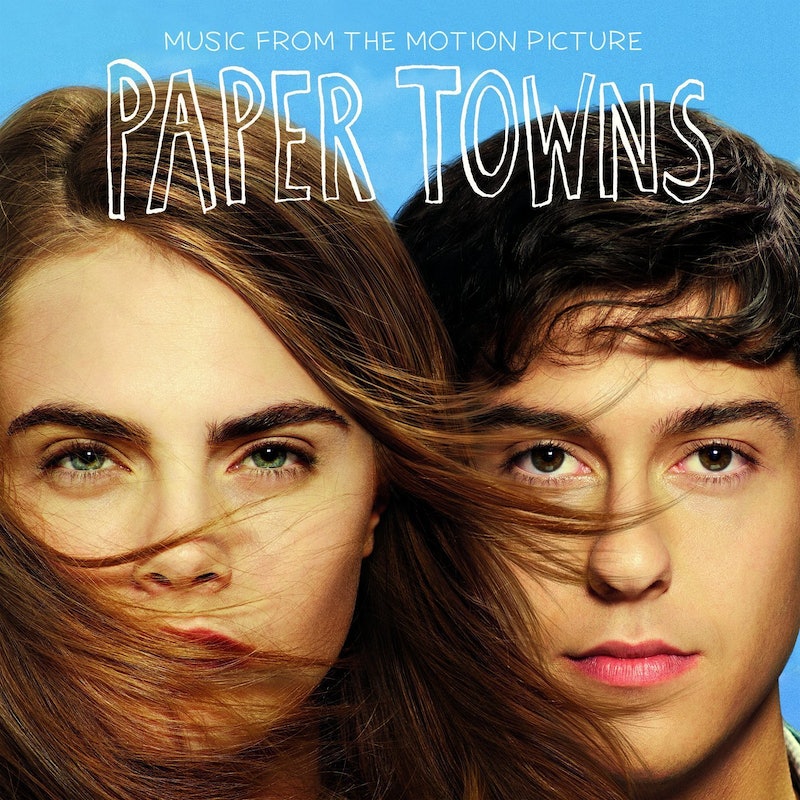 After a long wait, the Paper Towns soundtrack has been released, and it's just as heartwrenching as the film itself. Not that it's much of a surprise; this is the music accompanying a John Green story, after all. It's not just the tone of the songs, though, that are so depressing — the tunes' lyrics alone may very well be enough to make you cry. In other words, the Paper Towns soundtrack lyrics will give you all the feels.

A person's experience of a movie can be greatly impacted by the music associated with it. The score of a film is designed to evoke emotions that complement the action on the screen; when you laugh and cry in response to certain scenes, music is used to heighten this response. When you listen to the film's soundtrack, you find yourself experiencing similar emotions to those you feel while watching the film. You learn the lyrics and apply them to your own life as well as the movie, and suddenly another layer is added to your cinematic experience through the words of the songs. Paper Towns ' soundtrack is no different; the music included on the album is hugely immersive, and, yes, super emotional. Don't believe me? Check out some snippets from a few tracks:

"No Drama Queen" by Grouplove

"So meet me at the wishing wellIf my dreams are real, I can't tellCause I am my only escapeI was trying to do the best I couldCause nothing is the way it was

And I'm leaving for tomorrowI don't wanna come back home and feel the sameMy heart, it's all crazyI think it's time to run away"

You can't run away from your feelings. Sorry.

"To the Top" by Twin Shadows

"You're not a victim,But neither am I,Nostalgic for garbage,Desperate for time,I could blame it on your mother's hairOr the colors that your father wears,But I know that I was never fair,You were always fine"

Oh, come on. This is too much.

These are only four out of the sixteen tracks on the Paper Towns soundtrack, so pop a bottle of pinot and prepare feel some real, deep emotions while you take in the lyrics. Yeah, I'd probably listen to this one in private.