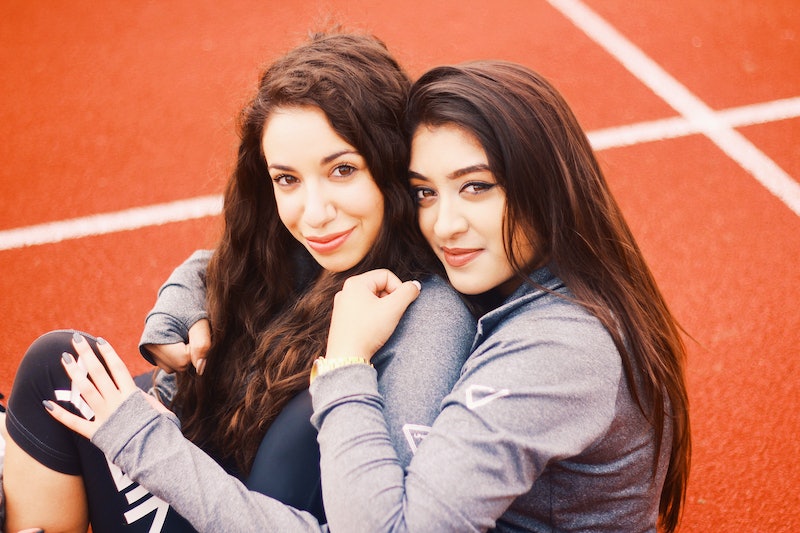 Last week, a British study found that women are four times more likely than they were in 1990 to have same-sex experiences (from 4% to 16%). For men, same-sex experience only climbed one percentage point. Although the bisexuality stigma against men certainly plays into this, it seems like women's sexuality is more fluid, explains Salon magazine.

Meredith Chivers, a sex researcher at Queen’s University, says, “Women have a greater capacity for gender-fluid sexual expression than men do. This might relate to women’s capacity to become sexually aroused by a broader range of sexual stimuli, including images of women.” Chivers' research shows that women's genital response to pornography does not depend on the performers' gender while men's does. Apparently, women even exhibit a genital response when watching bonobos get it on (yes, really).

But it might also be that women are culturally conditioned rather than biologically programmed this way. The British study found that the gender difference in same-sex experimenting was most significant in those aged 16 to 34, and that this gender difference disappears when looking at those over 45. “This is a cohort effect and suggests something cultural or societal is afoot in terms of women’s behavior changing,” says Chivers.

Do women just self-report same-sex experiences more than men because they know they're less likely to be stigmatized? Did some of these women just kiss at a bar to get men's attention? The British study also found that most women who did experiment didn't actually have genital contact. Without knowing more details of these dabblers' experiences, it's hard to draw conclusions from these findings. But in the meantime, it's crucial that we keep talking about this until we beat the bisexuality stigma.