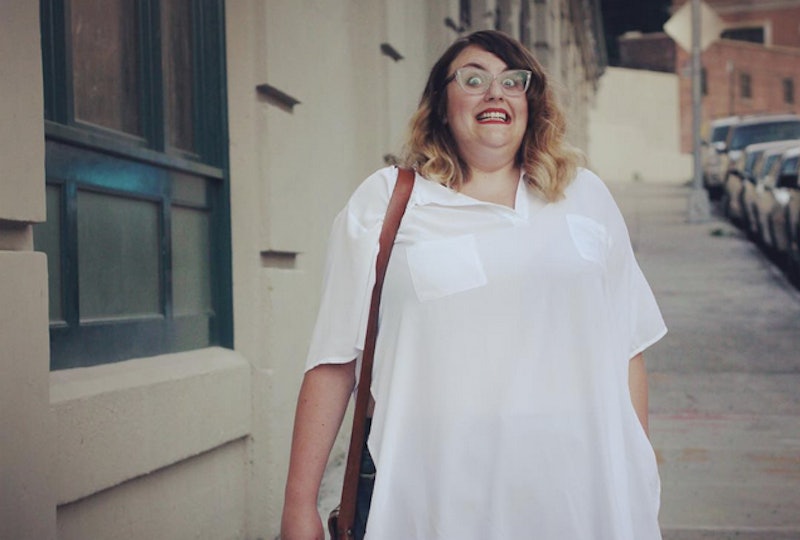 Some might wince when the wind catches me just right and you get a split second view of my butt crack, but believe me, I have plenty of reasons to go commando. Sure, there are times when a pair of underwear feels really good — I still keep a few pairs around for lounging and wearing with jeans — but for the most part, I love to let my undercarriage go free.

One more layer means one more way to make your vagina and inner thighs angrier with you than they've ever been. Some of you may shudder in disgust at the idea of exposing your lower half to the hideousness of the outer world, while others may find it downright unhygienic (there doesn't seem to be much medical evidence proving the fact or fallacy of this claim — although going commando in Scotland will probably result in some nasty midge bites); but there are plenty of reasons to consider ditching your drawers. Here are nine of the best.

Underwear is expensive, and usually the construction and fabrics used don't justify the cost. Instead of spending your hard-earned dollars on panties, put the money toward a great bra, lipstick, or sandwich.

Getting dressed takes a lot of steps, especially in the colder months. Save yourself the time of searching for a clean pair of skivvies and spend a few more moments admiring yourself in the mirror, because you're worth it.

3. And It's One Less Thing To Take Off

There's literally no worse feeling than rushing to the bathroom when you have to pee and then realizing that you have, like, several things to take off before you can actually sit down. Not wearing underwear prevents this from happening, which means you'll probably only pee on your leg a little instead.

4. It's The Most Natural Thing You Can Do For Your Lower Half

Underwear or not, things are murky down there. Ditch the underclothes, live your truth, and let your business breathe a little.

5. You Don't Have To Worry About Panty Lines

I never understood why people are so horrified at the mere idea of panty lines, but I've been told it's one of the biggest fashion faux pas you can make. Instead of endlessly worrying about it and trying to wear underwear that's "barely there," just go all-in and wear underwear that's not there at all.

6. You Also Don't Have To Worry About Wedgies

Let's face it: No matter how old you are, if you have a sibling, a partner, or a dad who takes his jokes too far, wedgies are always a threat. Consider going commando as an act of self preservation.

7. It Takes Less Time To Do Your Laundry

Laundry is the absolute worst, second only to loading the dishwasher. You also have to wash underwear separately, which means you'll be standing at the machine for even longer. Remember that life is short, so go commando instead.

8. Now You Have More Room In Your Drawers For Secret Treasures

When your underwear drawer is a chaotic mess of balled up panties and thongs, there's simply no room for other things. Clear it out and make way for something exciting.