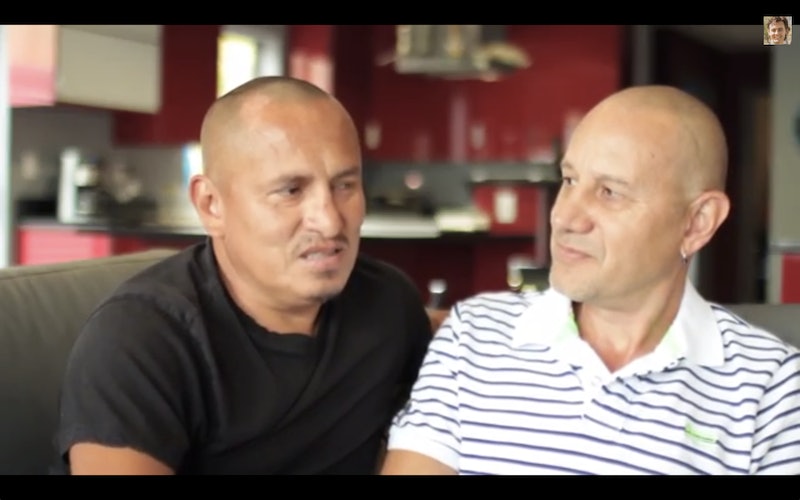 Personal stories are one of the reasons that the DOMA and Prop 8 decisions have been so charged; they affect us at a deep level that bores beyond the political. Especially when you take a look at stuff like this.

On Wednesday afternoon, Gould told me via email that Juan Rivera woke up at 6:30 A.M. PST (“It was like I had an alarm clock inside of me”), and started jumping up and down upon hearing the news of the DOMA decision.

“It was one of the most important moments of our lives,” Juan said. “This is a day to remember forever.”

Eric, who was traveling in Texas, received a text message from Juan that said “DOMA Unconstitutional.”

“I was crying,” Eric said. “It was really something. We were very ecstatic. It was pretty emotional.”

Yes, nothing's instant, and Eric and Juan will still have a lot over which to battle, including Juan's immigration struggles. Yet watching this video today is a whole lot different than when it was released in May; there is a certain full-bodied sigh of relief, a joy as you watch the titles on the screen pass, now knowing the fate of DOMA has been decided. Progress, America—you're getting there.