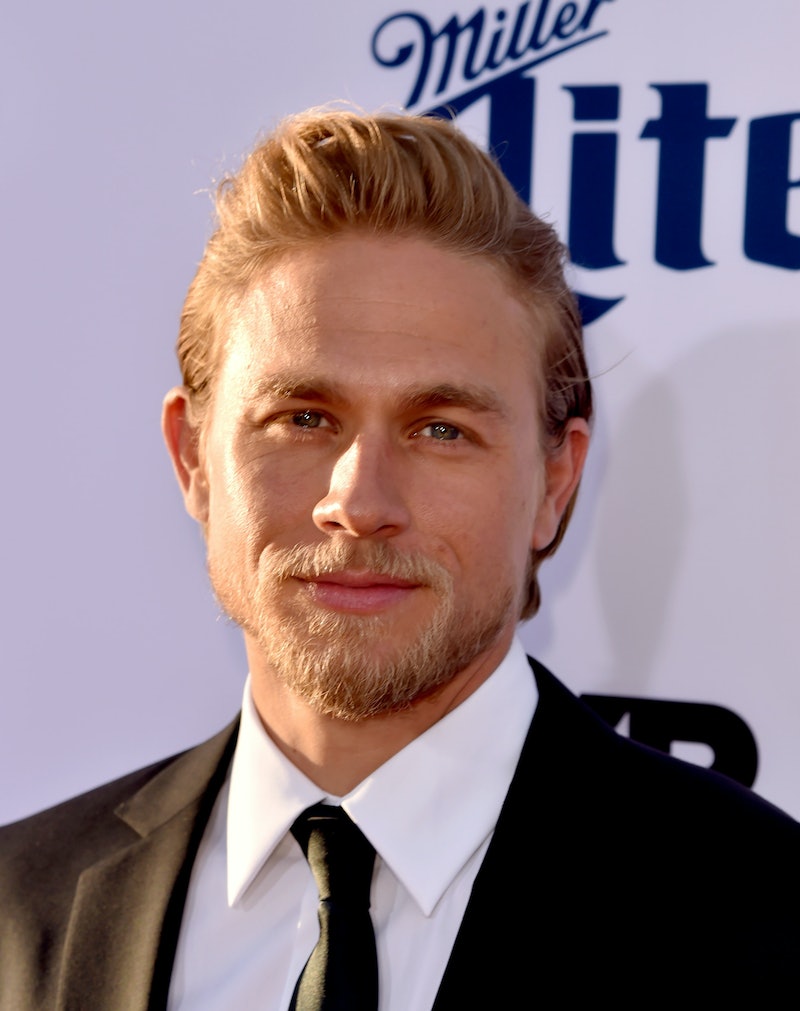 I'm pretty sure Charlie Hunnam has been hot since the beginning of time. It's why he was the first choice for the role of Christian Grey in the Fifty Shades of Grey film franchise — though we now know that ultimately, he was too beautiful a cinnamon roll, too good and too pure for the role — and the sole reason I started watching Sons of Anarchy . Is that shallow? Maybe, but it'll still get my butt to the theater to see him as King Arthur in Guy Ritchie's movie of the same name when it comes out next summer. A whole year is a long time to wait, though, especially once you lay eyes on Hunnam in character in the new issue of Entertainment Weekly, because let me tell you, this level of "Hnnnnggggg!" should be illegal.

Hunnam's version of King Arthur will differ from the original, as Ritchie explained in the accompanying interview, meaning we'll likely get to see a bit of Hunnam's bad boy image come into play, making him even hotter (if that's possible). "I think where the pitfall has often been is trying to make King Arthur bland and nice, and nice and bland," Ritchie admitted. "The two qualities make rather compatible bed companions. Unfortunately, they’re not interesting to watch. Luke Skywalker was always the most uninteresting character in Star Wars because he’s the good guy. Good guys are boring."

Ritchie's King Arthur rewrite sees him orphaned as a baby and raised by 5th century London prostitutes, leading him to be a bit darker than the classic storybook version of the leader of the Knights of the Round Table. As Hunnam revealed, "He’s a little bit rough around the edges, but he’s basically a survivor. He’s a hustler. He’s a street kid. There’s definitely a harder edge to him than people would imagine. It’s sort of classic Guy Ritchie stuff." And while the updated version might be a hard pill to swallow, it sure sounds like a fun reimagining.

In a way, it seems like a role Hunnam was born to play. There's something about him that lends itself to those bad boy characters. Sure, he fits the bill physically, but he also manages to pull off a sincere performance, which can be difficult when it comes to such complicated characters. I don't know about you, but I'd pre-order tickets for King Arthur now, if I could. Unfortunately, next summer is still a year away — but I guess that just gives us a year to keep looking at this Entertainment Weekly shoot and daydreaming. That's not just me, right?