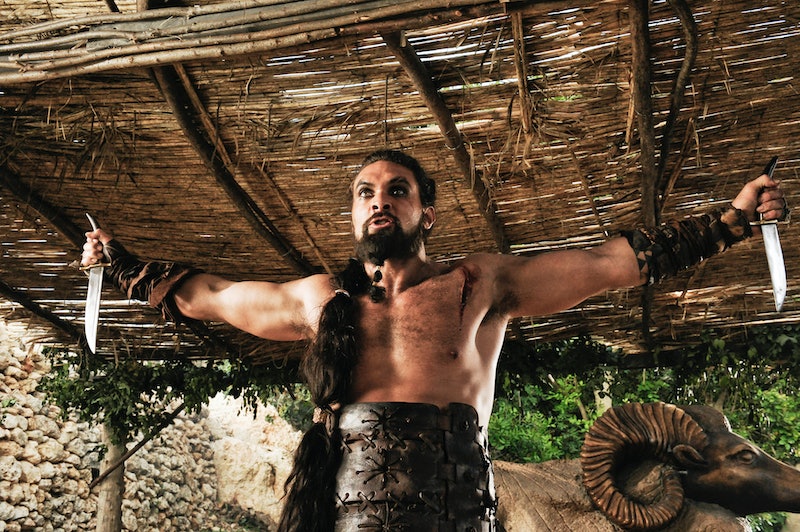 Several Game of Thrones characters, with the exception of Sansa Stark at least, certainly don't seem to understand the concept of keeping your enemies close. They just kill their enemies. I guess that's one way to play it, but doesn't it seem as if most Game of Thrones character deaths should have never happened? The death toll may be proportionate to the scads of people running around Westeros, but it still seems like a lot of these folks were killed before their time.

Whether they are betrayed or just in the wrong place at the wrong time, the Game of Thrones universe is a pretty dangerous place to be for everyone involved. I definitely don't dream about getting a raven from King's Landing the way I would want to receive an owl from Hogwarts. Granted, plenty of villains have met their end as well, but it's the unnecessary deaths that have me on edge.

Here are all of the deaths (SPOILER ALERT) that I think we definitely could have done without. However, there is one major character that I'm not mentioning, though his death hurt my heart and face. That would be Oberyn Martell — only because I'm pretty sure he had a death wish from the start. He knew exactly what he was getting into, and then he went and got cocky on top of that. Bad choices!

Sure, Ned Stark's death seems necessary now as a driving factor in the series. However, in the context of the scene it was totally uncalled for after he surrendered. Joffery was just being The Worst and it cost a great man his life.

She was one of the most sensible people in the realm who held one grudge against a teenager. She was totally undeserving of death.

Game of Thrones took baby-killing to new, unnecessary levels by killing Talisa and her unborn child. Especially if you believe that Robb's wife was a Lannister spy, why did the Freys have to slaughter her too?

Was his rebellion hasty? A bit. Still, Robb was doing his best and the Red Wedding was excessive.

Was Renly ever really a threat? Actually, back up. Would King Renly have really been that bad? He didn't need to get stabbed by a bloody shadow baby!

I don't care that she betrayed Tyrion. I don't. Shae is a survivor and Tyrion is better than what he did to her.

This poor guy just wants to protect some monarchs. Can't he live?

If you ever once feel yourself supporting Petyr Baelish, remember that he gave Ros to Joffrey to do whatever he pleased. That was so unnecessary. We didn't need further proof that the brat was a monster.

Do you want to cry with me about how the Stark girls are without their wolves, and Ghost is without his man? Babies!

Why introduce this kickass Wildling lady just to have her give up at the sight of zombie children? It was so rude.

Did she really betray Daenerys, or did Xaro decide that he wanted to keep her for himself? I know, in a Season 2 deleted scene, we see Doreah kill another handmaiden, but since that never happened on the show, I think there's a possibility that Dany's first BFF was innocent.

A scratch? Seriously? Jaime Lannister fell in the mud after having his hand cut off, and it's Drogo who gets infected?

Sure, he attacked the Night's Watch, but who doesn't want to do that after the Season 5 finale? Team Wildling!

This is such a classic example of an unnecessary Game of Thrones death at this point that I wasn't even surprised.

I'm so mad that this happened. Dorne was supposed to be a cool, safe place! Also, what was the point of giving us Cersei's prophecy on the HBO series if Myrcella never got her crown? I guess Maggy the Frog was wrong.

Sure, he's kind of like Bran's personal Obi-Wan Kenobi, but that doesn't mean he had to die.

If Baelish, Lysa, and the Lannisters hadn't conspired to kill the first Hand of the King, none of this would have happened and Westeros would have carried on in incest-ruled bliss for years. Robert would have had Viserys and Daenerys killed but other than that... I'm just saying.

Why are Ygritte and Jon so melodramatic? They should have run away while they had the chance.