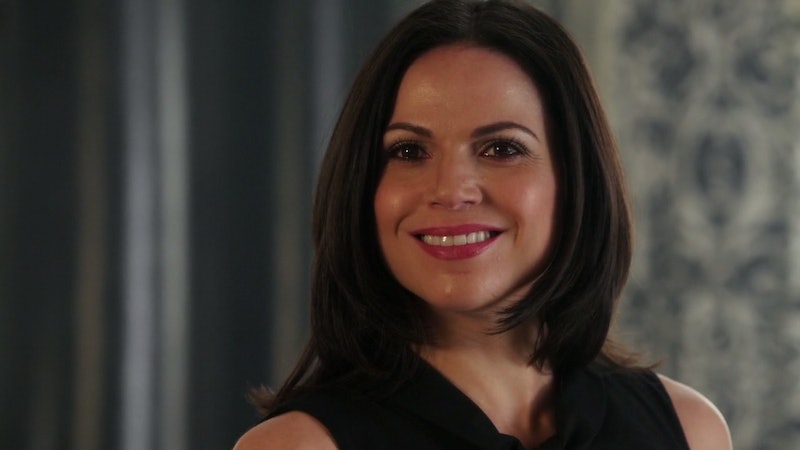 While it's true that Once Upon A Time is based on characters we all grew up reading about in those classic books, one thing is for sure: things in Storybrooke couldn't be further from your typical fairy tale. After all, human beings are complex and life gets messy sometimes, which sort of makes it worth living. However, it also means that happy endings are harder to come by than you might think, and no one knows that more than Regina Mills. The former Evil Queen has grown probably more than any other character on the show, and while she's more than redeemed herself for her past deeds at this point, her happy ending has so far eluded her (and everyone involved in Operation Mongoose). Unfortunately, it doesn't look like she'll get it anytime soon, either.

It seemed for a while that things might start to go Regina's way... at least partly. She did indeed get her soul mate (according to Tink's stolen fairy dust, that is) back, only he'd spent months with her half-sister Zelena, who had been posing as Robin's actually dead wife, Marian, and — oops! — she was actually carrying his child. Ill-conceived storyline aside, Regina was surprisingly lucid about the whole thing and was willing to overlook every red flag, of which there were a great many, to successfully complete her mission and bring Operation Mongoose to a close. The problem is, Regina's desperation to secure what she was certain was the key to her happiness gave her a tunnel vision that blinded her to several uncomfortable and unpleasant truths.

Of course, whether or not I personally believe the Robin and Regina relationship is meant to last, I'm not at all suggesting that they don't care deeply for one another or that, in another world — perhaps back in the Enchanted Forest all those years ago — they wouldn't have been perfect for one another. But so much has happened in the years that have since passed, and there's one other chink in the armor: Emma went and sacrificed herself to the Darkness in order to preserve Regina's happiness in what has to be the ultimate gesture of love, romantic or otherwise, we've probably ever seen on Once. Idiot.

In doing this, Emma suffered her own dose of tunnel vision. After all, how was she protecting Regina's happiness when Regina will likely spend most of Season 5 trying to rescue and restore the Savior rather than playing happy families with Robin? That's not at all to suggest that what Emma did was selfish, at least not consciously; she tethered the Darkness to herself because she made a promise to Regina a year ago that she intended to keep, and her dedication to that vow — not thinking twice before handing over her soul to pure evil, pretty much — is a gesture that I don't think even Regina was prepared for, nor will she be able to process for a long time.

However, this is Regina Mills, we're talking about. Never one to rest on her laurels, Season 5 will no doubt see her spring into action immediately, stepping into the Savior role until Emma gets back — and trust that Regina will get her back, no matter what it takes. But the difficult and all-encompassing nature of this task raises a big question: Where does Robin Hood fit into this? What about Regina's happy ending? Is it even in the cards anymore, and if so, will we discover that it's not quite what it was cracked up to be when Operation Mongoose first began?

It seems to me that Regina was already warming to the latter idea at the end of Season 4, when she told Zelena that Robin isn't her happy ending at all, but only part of it. He was a single puzzle piece in the larger picture of her life, which includes Henry and, perhaps most surprisingly to Regina herself, includes Emma, too. Something tells me that next season, Regina (and all the residents of Storybrooke, for that matter) will learn more about themselves than ever before. Life isn't fair; it's hard and there's darkness around every turn. It's the light you've got to grab hold of for as long as it lasts, in whatever small doses it comes. There are no happy endings, just moments of joy here and there along the journey. That's not such a bad thing, right?