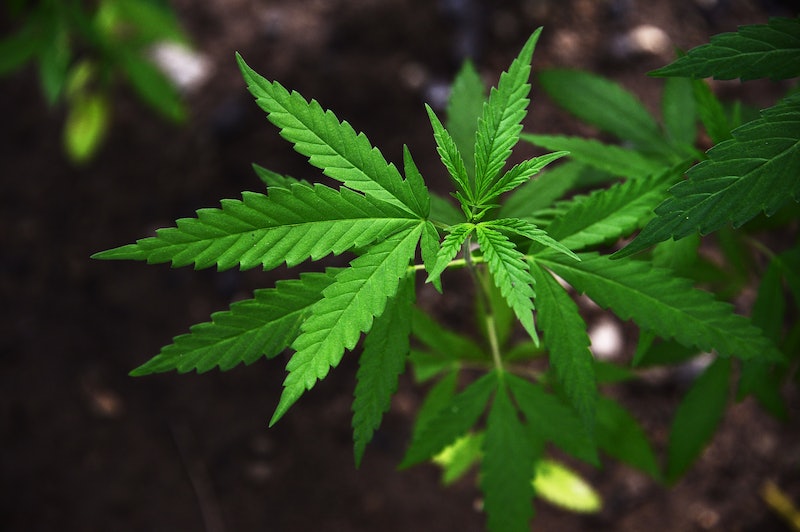 Since Colorado and Washington became the first states to legalize marijuana for recreational use in 2012, other states have been slow to get on board. Weed is still only legal in four states and Washington, D.C., but another West Coast state could legalize marijuana very soon. A commission led by California Lieutenant Gov. Gavin Newsom released a report Wednesday on how to properly implement legalized weed in the state. The new report begs the question: When will weed be legalized in California?

"Pathways Report: Policy Options For Regulating Marijuana In California" specifies 58 recommendations and goals for successfully legalizing weed. Legislation to make pot fully legal is expected to make it on the November 2016 ballot, and this study puts California one step closer to legalization. If it passes by popular vote next year, policymakers will be forced to implement it. Although the report doesn't explicitly support or oppose legalized weed, Newsom (who plans to run for governor in 2018) thinks it's a good idea purely for the criminal and social justice implications. Newsom told The Los Angeles Times earlier this year: "This is not ... a flippant debate about stoners and potheads. This is serious stuff, and I don't want to be part of the status quo."

Some of the main recommendations in the report include limiting children's access to weed and exposure to advertisements for weed, minimizing illegal activity, and regulating the industry's growth. Newsom told The Los Angeles Times, "We’re not arguing for a free market. We’re arguing for a very regulated market that has real oversight, that is flexible." The report doesn't specify what type of tax would be best, but does suggest that the state implement tax rules in phases in order to give the legal market time to successfully compete with the illegal market, and to give policymakers time to create effective rules and collect the money.

The fact that policymakers are prepping for pro-weed legislation shows that it's likely to pass. California has had legalized medical marijuana since 1996, but voted down legislation to legalize it for recreational use in 2010. Today, more Californians support legalized weed than ever before — a survey by the Public Policy Institute in California last month found that 54 percent of Californians support legalized marijuana, compared to 47 percent in 2010. Although weed may technically become legal next year, it probably wouldn't be implemented right away. But regardless, California is on its way to legalizing weed.