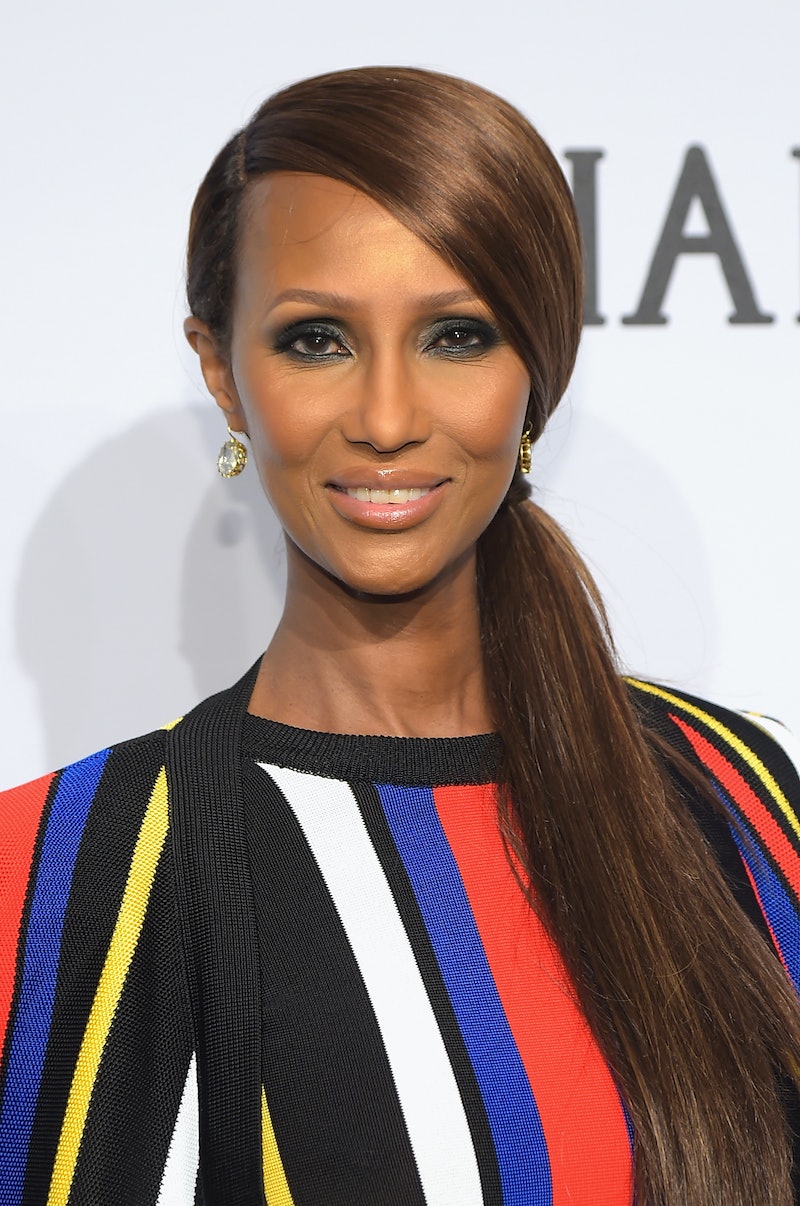 When you see a gorgeous model or actress, it's easy to assume that these celebrities don't have any sort of body image or self-esteem issues. However, that's simply not the case, and in an interview with The Cut, Iman says she suffers from low self-esteem. In an industry based on outward appearance, we can see how the career may effect the model and businesswoman. Despite this, she's learned to cope and is talking in depth about diversity and wellness.

Talking about her self-esteem, Iman says, "I suffer from low self-esteem. I had horrible self-esteem growing up. You really have to save yourself because the critic within you will eat you up. It’s not the outside world, it’s your interior life, that critic within you that you have to silence." The gorgeous star makes an excellent point. Most often, you're your own worst critic. We saw that earlier this year when Kylie Jenner came forward with her insecurities when she admitted to being self conscious since the age of ten.

While Jenner made the decision to modify a part of her body, Iman has a much more internal way of dealing with her insecurities. She says, "Find something to like about yourself and hold on to that. It’s a constant battle whether you are 16 or 50. As you age, you do really find that quietness inside and that being-comfortable-in-your-skin feeling." The model-turned-business woman is turning 60, and she's definitely reached that point in her own life. Wellness has become important to her. She says, "It means as it sounds — it has nothing to do with age. No one will see the results of your investment in wellness but you; it’s an investment in yourself. People may not see it but you will see it...Eliminating the things you love is not wellness. Wellness feeds your soul and makes you feel good."

Iman doesn't just open up about wellness and self-esteem to The Cut. She talks extensively about the way beauty products lacked diversity when she began modeling but has evolved. She says:

"At the core of it, the beauty ideal is still the same. Everyone still thinks blonde, blue eyes. I saw the letter that the model Nykhor wrote. A similar experience inspired to me create Iman Cosmetics. In 1975, a makeup artist asked me if I brought my own foundation. But now, every line from François Nars's to Iman to Bobbi Brown has a lot of skin tones. So, good for her — the laziness and audacity of those makeup artists! It’s not like you didn’t know this model was going to be there. Makeup artists already know. And why shouldn’t you have the foundation — that’s your job. It’s like hiring a painter to come paint your house and he’s forgotten your paint and has to ask for it! You should get fired, you should be fired!"

While Iman has dealt with self-esteem and prejudice in the industry, the stunning woman has clearly been able to move past it. Now, she's posting inspiration quotes for her followers on Instagram, more than likely in hopes that others can reach the "comfortable-in-your-skin" feeling she's come to experience. Check out some of her great quotes below.

1. You are your own best thing

3. Seek to be worth knowing rather than well known

4. It's not what you say out of your mouth that determines your life, it's what you whisper to yourself that has the most power